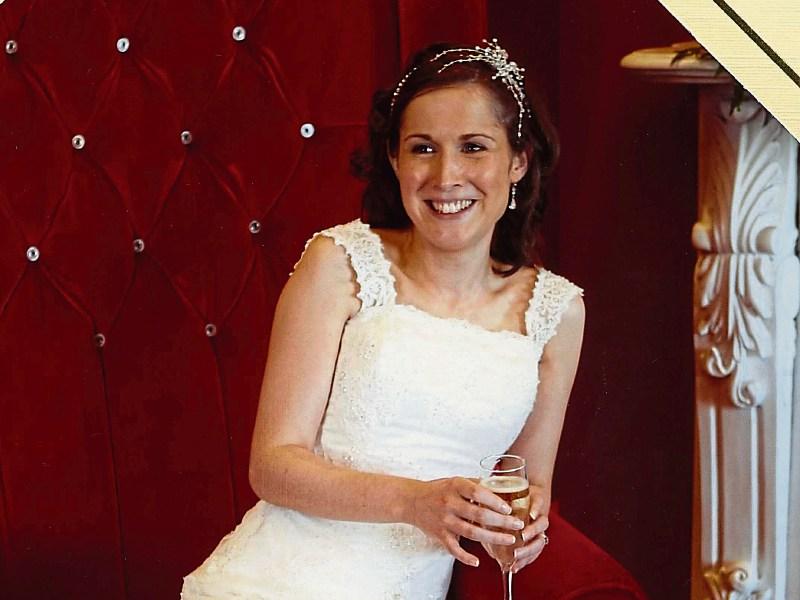 The husband of a Co Longford mother-of-three who passed away unexpectedly just before Christmas has spoken of the “overwhelming” support he has received since her passing.

Francis Courtney paid tribute to the huge groundswell of support that has come his way following his wife, Maureen's sudden passing three months ago.

Maureen, who was a teacher at St Joseph's National School in Longford town, died on December 20 last.

A native of Aughmadoo, between Killoe and Newtownforbes, news of her sudden death was made all the more poignant given her youngest child, Francis, was born less than two weeks earlier.

Now, barely three months on, her beloved husband, also named Francis, remembered his late wife and issued a heartwarming 'thank you' message to all those who have rallied around his family in the interim.

“It's definitely not easy with three young kids, it is tough but when you are getting the support I am getting from family and friends it's been a huge help,” he candidly put it.

“Just people coming up saying something is a great comfort.”

Francis was speaking as preparations continue ahead of a special benefit night that's due to take place in memory of his late wife.

The occasion, which is set for the Longford Arms Hotel on April 4, starting at 8:30pm, will feature a whole host of leading performers including Declan Nerney, Mick Flavin, Aftermath and Brave Giant.

Francis admitted he never envisaged the response that the event has received, not just from Drumlish where Francis and Maureen set up home, but from right across the county.

“I am completely taken aback,” he confided.

“Martin (Mulleady) and the committee had mentioned about organising something but I had no idea it would have taken off the way it has.

“It really has been overwhelming, the support I am getting from the people of Drumlish, Killoe, Dromard and the whole of the county.”

Francis heaped praise on his employers, Cameron, from whom he is on compassionate leave.

He admitted that despite the tragic events of December 20 last, he and his three children, Amy (4), Katie (2) and Francis (three months) are more than holding their own.

“They are doing great and have bounced back really well,” he said.

“The two youngest are still very young and don't know a lot and my oldest one, though she is four, she has no problem talking about her mummy.”

In a touching remembrance of his late wife, Francis recalled the time they first crossed paths.

“She worked in the Longford Arms when she was in college and that was where we first met as it happens. She served me the dinner one day and that was that,” he added.

But in a remarkable display of strength and empathy to others who have lost loved ones, Francis said the past three months have taught him a lot.

“There are other families affected by tragedy as well and you have to think of people like that.

“The support I am getting from the people of Drumlish, Killoe, Dromard and the whole of the county, even the US and the UK the amount of people that have called and continue to call it really has helped me so, so much,” he added.

Tickets for the Benefit Night on April 4 are on sale locally.