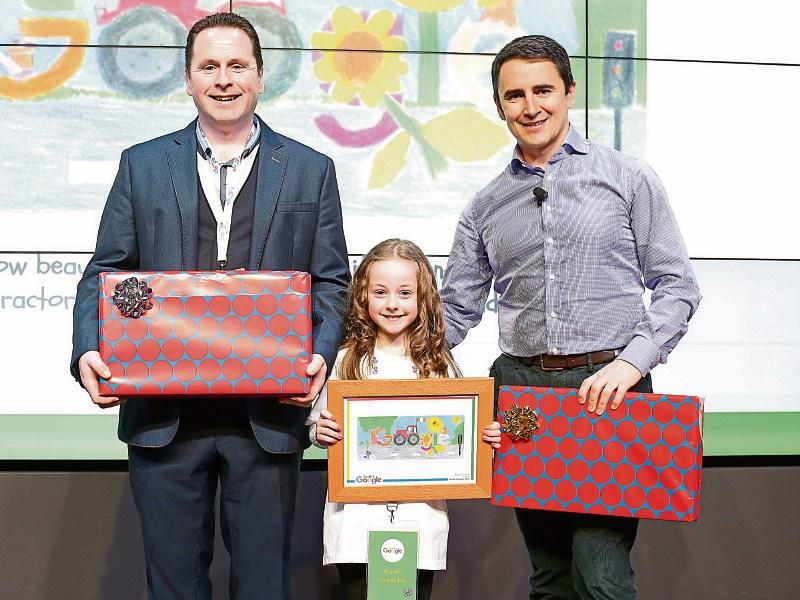 Niamh Connerton from Fermoyle National School, was named as the winner of the Group 1 category (Junior & Senior infants) in this year’s Doodle 4 Google competition.

Having faced tough competition from 74 other regional finalists, Niamh won the most public votes of any entry in her age category.

At a special grand final ceremony in Google’s EMEA headquarters in Dublin, six- year-old Niamh, who is in senior infants, was joined by her proud parents Padraig and Patricia and sister Sinéad as she was presented with her award.

In conjunction with Google’s 2016 Commemoration Programme, students were asked to design a Doodle on the theme ‘Ireland Is…’, to show what Ireland means to them.