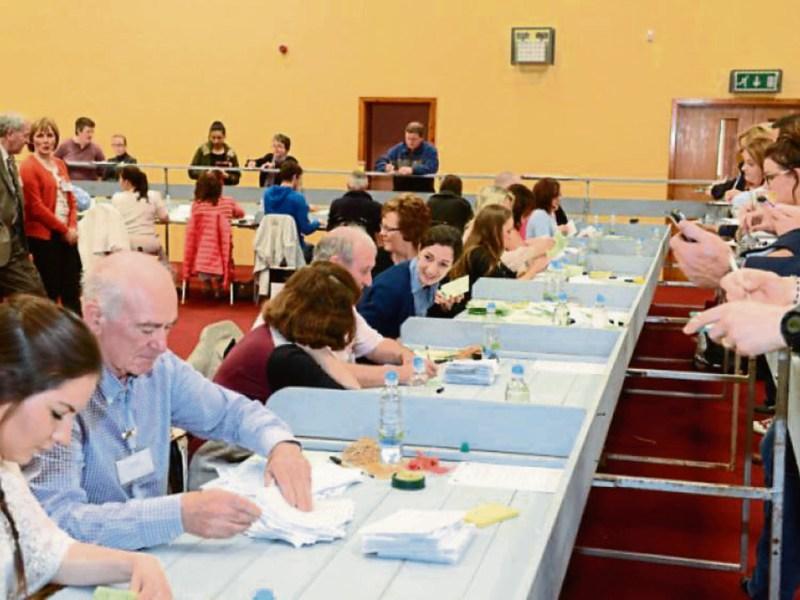 As the Longford-Westmeath count at General Election 2016 enters its fifth day, the Longford Leader is on-site to bring you the latest updates. Two of the four Dáil seats have yet to be filled, with Fine Gael’s James Bannon and Labour’s Willie Penrose neck and neck in a battle for their political survival, which prompted Bannon to call for a recount on Monday night. Labour are pinning their hopes on Penrose’s political survival in order to retain speaking rights when the 32nd Dail convenes next week.

The other candidates still in the race are Fine Gael’s Peter Burke and Sinn Fein’s Paul Hogan. Outgoing Fianna Fáil TD Robert Troy topped the poll, while Kevin ‘Boxer’ Moran of the Independent Alliance has also been elected.

To keep up to date with events as they happen, follow our live blog here: