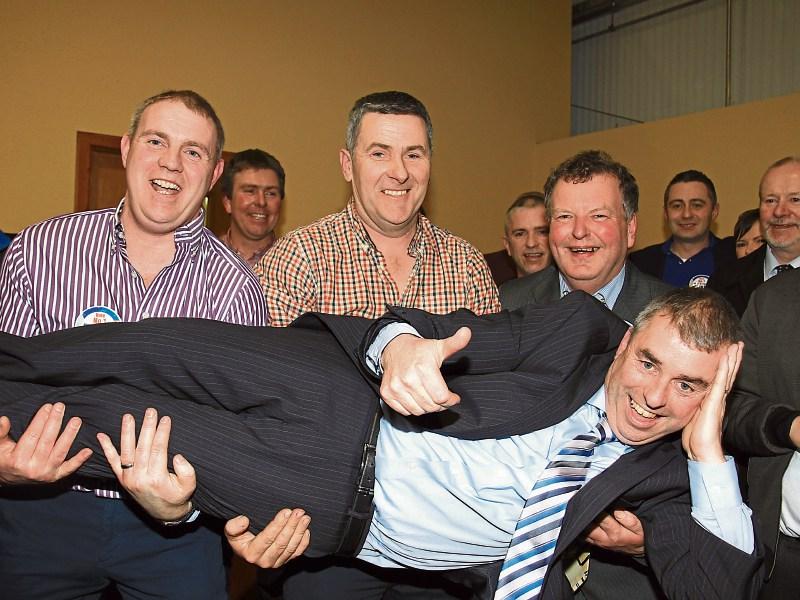 Kevin ‘Boxer’ Moran of the Independent Alliance has become the second candidate elected to the 32nd Dáil from the Longford/Westmeath constituency as the marathon General Election count continues.

He follows in the footsteps of Fianna Fáil’s Robert Troy who topped the poll and was elected on the first count.

‘Boxer’, the long-serving Athlone-based councillor secured his seat in Leinster House after he picked up 1,012 votes in the 13th Count following the distribution of Connie Gerety-Quinn’s votes.

This brought ‘Boxer’s’ total up to 11,120 leaving him with a surplus of 71 votes to distribute during the 14th Count.

Even prior to that 14th Count getting underway, Labour made a formal request for a recount to Returning Officer Imelda Branigan but this was refused.

Outgoing Labour TD Willie Penrose (7,058) found himself 19 votes behind Fine Gael’s James Bannon (7,077) at the end of Count 13 and following the distribution of ‘Boxer’s’ 71-vote surplus, the candidate on the lowest vote will be eliminated from the election.

There already has been one recount, called by Fianna Fáil’s Connie Gerety-Quinn, and speaking at the Count Centre in Kenagh, Willie Penrose indicated that he owed it to those who voted for him to seek a recount.

With Fine Gael’s Peter Burke (7,877) expected to secure one of the remaining two seats, it means that whoever avoids elimination after Count 14 - Bannon or Penrose - will then become embroiled in a major battle with Sinn Féin’s Paul Hogan (7,370) for the final seat.

The standings after Count 13 (the distribution of Gerety-Quinn’s 5,907 votes) are;