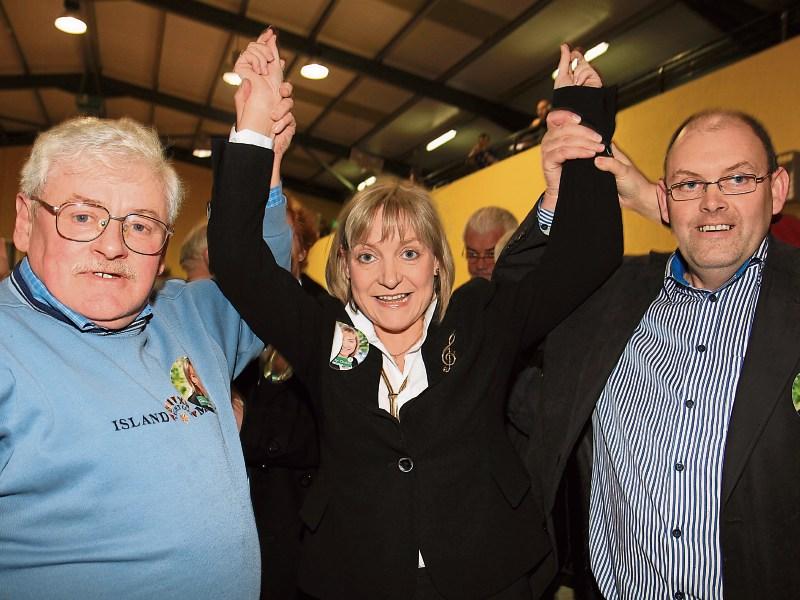 Following the exhaustive re-examination and recount of all votes in the Longford/Westmeath constituency, Fianna Fáil’s Connie Gerety-Quinn has been eliminated.

Twenty-four hours ago, Ms Gerety-Quinn sought a recount when at the end of Count 12 and on 5,917 votes, she found herself 38 votes behind outgoing Fine Gael TD James Bannon (5,955), and facing elimination.

The recount began at St Dominic’s Community Centre, Kenagh, shortly after 9pm on Sunday evening and continued until 4am, before resuming again this afternoon at 3pm.

The outcome of the recount was announced shortly after 8pm this evening and since there was no major discrepancies, Returning Officer Imelda Branigan indicated to the packed count centre that she will be proceeding with the 13th Count and the distribution of Ms Gerety-Quinn’s votes.

Indeed, of the six candidates still standing and involved in the recount, Athlone-based Kevin ‘Boxer’ Moran of the Independent Alliance was the only one to see their vote unchanged, while the five remaining candidates all suffered losses of between 2 and 10 votes.

Ms Gerety-Quinn witnessed the biggest adjustment, dropping ten votes to 5,907 and with Bannon dropping eight votes, it meant the gap separating them increased to 40 votes.

The standings after the recount are;

The distribution of Ms Gerety-Quinn’s 5,907 votes is currently underway and while he isn’t from the same party, fellow Longfordian James Bannon will be hoping he can secure enough transfers to propel him above Penrose and Hogan, whom he trails by 409 and 694 votes, respectively.

Should outgoing Legan TD Bannon exit the contest after Count 13, it will mean that the constituency won’t have a TD from county Longford in the 32nd Dáil.

It is anticipated that Kevin ‘Boxer’ Moran, who is 948 votes shy of the 11,056 quota, will exceed that magical mark when the result of Count 13 is announced, making him the second candidate to be elected from the constituency.

Fine Gael’s Peter Burke is expected to the take the third seat and as Ms Gerety-Quinn’s votes are being counted, the tally people and number crunchers from all sides are saying that is it still too close to call between Bannon, Penrose and Hogan in the nail biting battle for the fourth and final seat up for grabs.

Things are so close that many observers predict that we could be in further recounts.