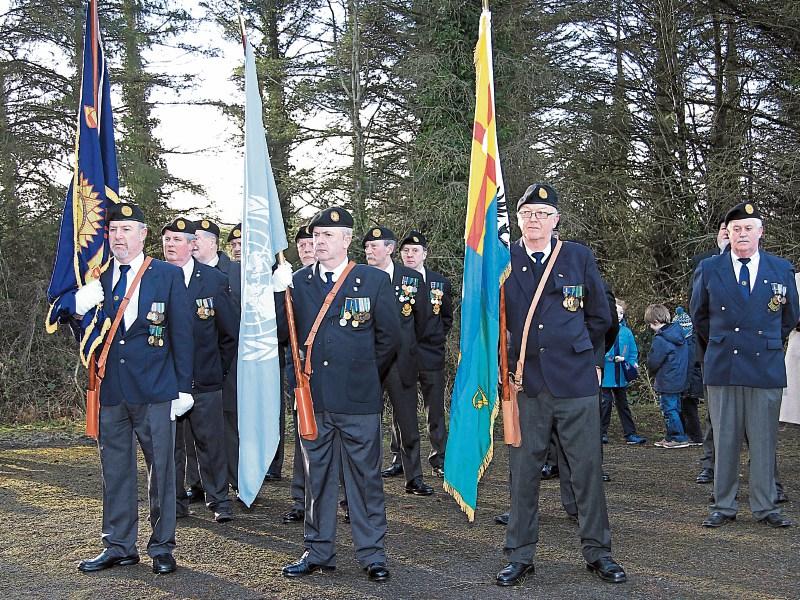 This Sunday, February 7, locals will gather to mark the 95th anniversary of the Clonfin ambush.

Speaking to the Leader ahead of the celebrations, Bernard Sexton, a member of the organising committee, explained; “It commemorates the exploits of the North Longford Flying Column under the leadership of General Sean MacEoin.”

Adding that it's an important moment in our local history, Bernard then went on to outline the day's events.

“To start off, there'll be a Mass held in St Mary's Church, Granard at 11.30am, which commemorates the 21 members of the North Longford Flying Column.

“Then at 3 o'clock, generally what happens is we congregate at the site.

“There will be a colour parade of the local 6th Infantry Batallion and the Peter Keenan branch ONE, which is the Organisation of National Ex-Servicemen and Women and Longford Pipe band will be there also.”

Bernard also went on to add that the guest speaker on the day will be Fr Tom Murray, who, as Diocesan Archivist and a member of Longford Historical Society, is extremely knowledgable when it comes to local history.

“The Master of Ceremonies will be John Murphy, the grandnephew of General Sean MacEoin,” Bernard continued. “There will then be a raising of the tricolour at the site and then there will be a role of honour called out. A decade of the Rosary will be said, followed by Fr Tom's speech and the singing of the National Anthem.”

Afterwards, participants and attendees are invited back to McElvaney's in Coolarty, where refreshments will be served.

Despite the recent inclement weather, Bernard isn't worried that it will put a dampner on the celebrations.

“If it's not kind today, then it wasn't kind 95 years ago, he pointed out, before adding that the organising committee are hoping to expand on the celebration as they near the centenary.

“We're looking at keeping it alive and maybe raising the profile of it as we approach the 100th anniversary,” he concluded.