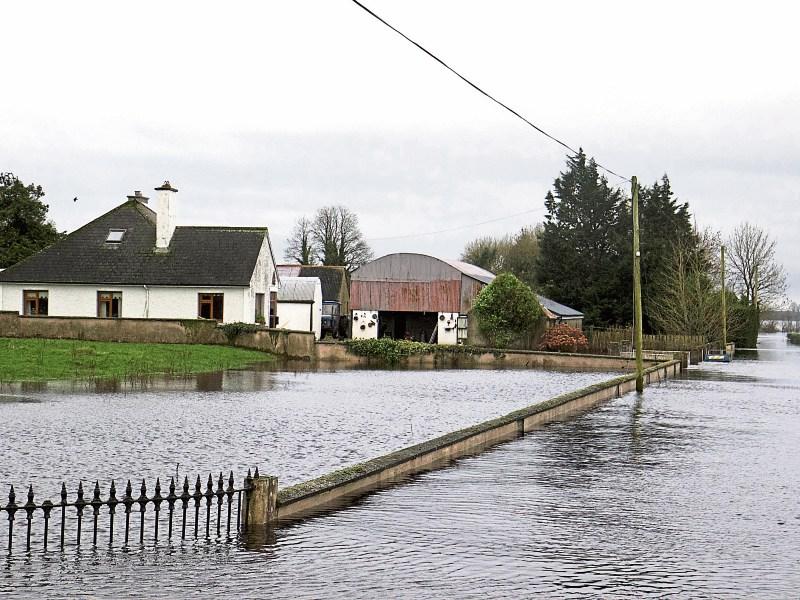 Longford County Council has applied for a provisional €2m in emergency funding as part of its attempts to deal with the recent flooding crisis.

However, the final bill is likely to exceed that figure once flood waters recede and river levels return to normal.

Director of Services John Brannigan said the council would also be looking to reclaim additional expenses from the likes of staff overtime and temporary flood relief measures which were called upon.

“We have sought capital funding of €2m from the Department,” he told last week's council meeting.

“That’s a provisional estimate and until the flood water actually recedes full inspections can’t take place so that figure is likely to increase.

“We have also sought to be recouped for our revenue costs to cover staff times, materials, overtime costs incurred.”

His comments followed confirmation in last week's Leader that the council was facing a clean up bill in excess of €2m.

Fianna Fail's Martin Mulleady said the time had come for government chiefs to ensure local authorities were adequately resourced in combatting the effects of flooding.

“I know there have been meetings in the last weekwith government agencies and a plan has been out in place, but these people shouldn’t be in this situation unless they are right up against the River Shannon.

“It’s not right and it’s not on and going by the report in the Leader we will need €2m to cover flooding issues in Longford.

“We have a government in place at the minute and maybe it’s about time they started to address this problem and start putting monies into the different councils around the country.

Fine Gael councillors Micheal Carrigy and Peggy Nolan were quick to hit back however. .

“The last flooding we had was in 2009, that’s six years ago so that goes back to another government.