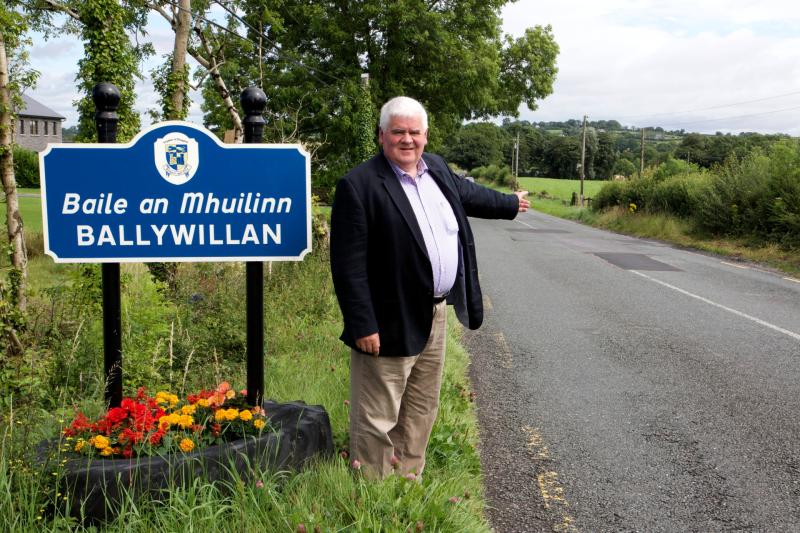 The news that €180,000 has been spent by Irish Water fixing burst pipes in the Granard/Abbeylara area was met with shock by local area representatives during last week’s Granard Municipal District meeting.

Cathaoirleach, Cllr PJ Reilly (FF) broke the news as Irish Water begins restoration works in the Aughnagarron area of Abbeylara this week.
Speaking to the Leader, Cllr Reilly said that he measured the area where the bursts are persistent just last week and it covers a two and a half mile radius incorporating the townslands of Ballywillan and Creevey.
“To think that €180,000 has been spent over the last five years on such a small area is unbelievable,” he added, before pointing out that the route too has been left in a “dreadful state” with all the patchworks that have been left in the aftermath.
“The road is like a patchwork quilt with the amount of repairs that have been carried out and the subsequent mending of the road.”
Meanwhile, Cllr Reilly said that residents in the area have endured numerous interruptions to their water supply over the past five years with farmers in particular shouldering most of the burden.
“There are some days where there can be anything up to two bursts on the line,” Cllr Reilly continued.
“Water is then turned off regularly in the area while the problems are being addressed and people are just becoming more and more frustrated over what is going on.
“Farmers, in particular, are getting a very raw deal because they have livestock and farm management issues to contend with as well.”
Cllr Reilly went on to say that this was the type of service that the people of Granard and Abbeylara were receiving from Irish Water, and all this, despite the fact that an exorbitant sum of money has already been spent on temporary repairs.
“That particular pipeline was installed in the 1950s,” added Cllr Reilly.
“It’s time now to stop all this patch work and install a new line that will work efficiently.”
He said an application had been made for the line to be replaced, but admitted that the infrastructural works are not likely to happen this year.
“Hopefully it will happen next year; something has to be done because the amount of money that has already been spent is wasteful and people in the area are absolutely fed up.
“It is scandalous what is going on,” the local area representative fumed.
“That water line needs to be replaced.”