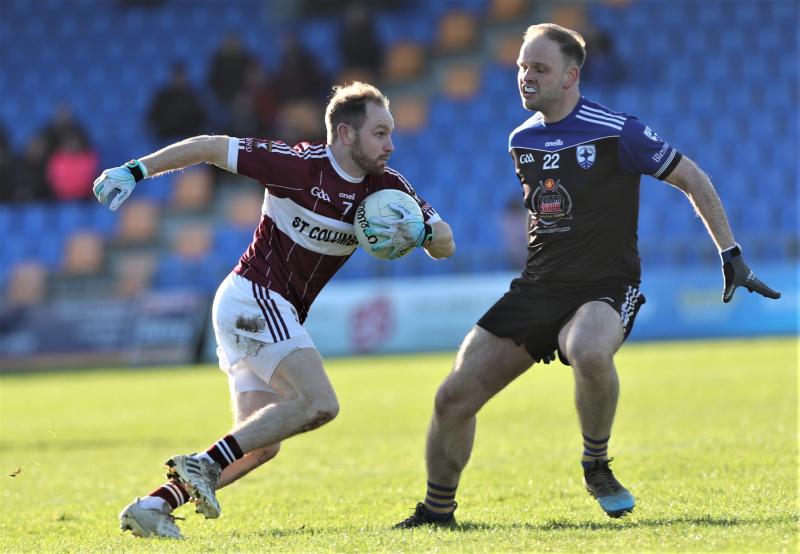 With all their vast experience, there were high hopes that Mullinalaghta could make a major  impact in the current Leinster Club SFC campaign in what appeared to be the favourable side of the draw but it all went wrong in the closing stages of the first round clash against Wicklow opponents Blessington.

The boost of having home advantage at Glennon Brothers Pearse Park on Sunday last clearly suggested a win for St Columba’s and it was certainly looking that way when the north Longford side were seven points in front at the break, 1-5 to 0-1.

The 2018 provincial champions were in total control, despite the red card dismissal of Aidan McElligott with just nine minutes gone in the game, but Blessington enjoyed a new lease of life in the second half in rising from the dead to snatch a sensational success, 1-7 to 1-5.

Ironically, Mullinalaghta failed to register a score on the changeover and were caught out in the end with the revitalised opposition completing a remarkable recovery after clocking up 1-6 in the second half.

After winning the Wicklow SFC title for the first time in 38 years, Blessington were supposedly entering bonus territory on their trip to Longford but somehow managed to come out on top in showing tremendous spirit to overcome the significant setback of losing their centre-half-back Craig Maguire to a red card in the early stages of the second half.

Stunned Mullinalaghta must still be wondering how they suffered a shock defeat in crashing out of the Leinster Championship at the first hurdle while there was also no provincial joy for Killashee and Legan Sarsfields last weekend.

The two-in-a-row county Intermediate title winners St Brigid’s were beaten by Clara at Glennon Brothers Pearse Park while it was another Offaly outfit Clonbullogue who ended the interest of Legan in the opening round of the Leinster Junior series.