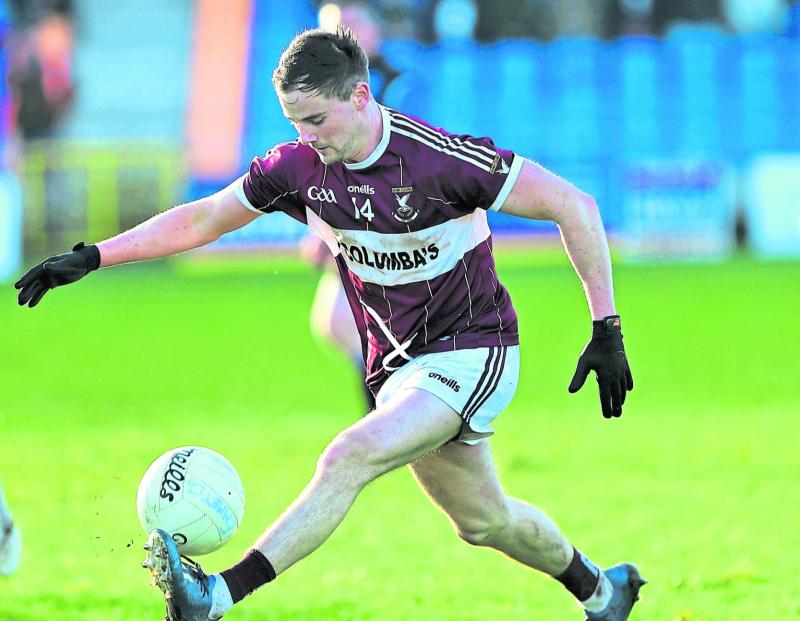 This shock result looked highly unlikely when St Columba’s were seven points in front at the break (1-5 to 0-1) with the goal coming from a penalty converted by wing back Gary Rogers in the 17th minute but the 2018 provincial champions somehow failed to register a score in the second half.

Despite the reduction to 14 players when Aidan McElligott was sent-off after receiving a straight red card with just nine minutes gone in the game, Mullinalaghta appeared to be in total control.

Although Blessington had the advantage of the wind on the changeover and made a bright start with a point from Anthony McLoughlin, it was looking like a mission impossible when their centre-half-back Craig Maguire was sent-off for a straight red card foul on Rogers in the 38th minute.

But the Blessington bravehearts completely dominated the final quarter of the contest with the substitutes introduced making a major impact in changing the course of the game.

The remarkable recovery was started with a point from one of the replacements, Curtis Geraghty, in the 50th minute and by the 60th minute the revitalised Wicklow champions had added another 1-4 to their tally to emerge victorious.

Substitute Dan Silke Featherston scored the decisive goal in the 56th minute as Blessington  earned a crack at the Kildare champions Naas in the quarter-final.