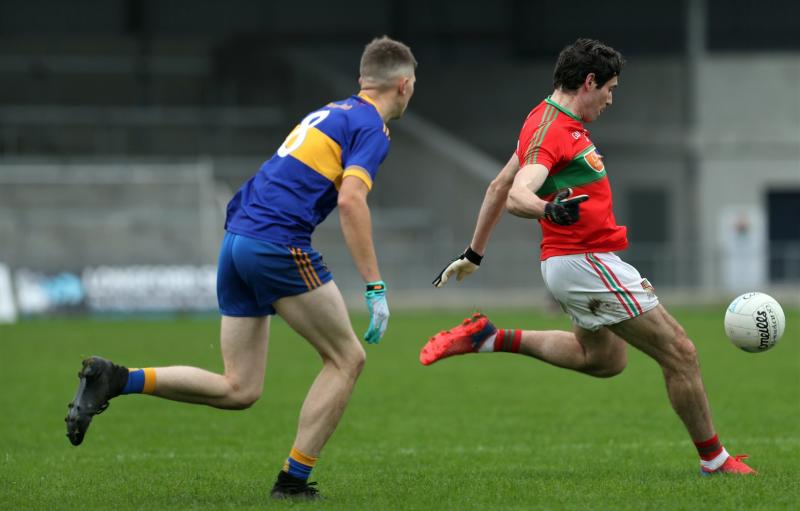 A goal from substitute Seamus Hannon with virtually the last kick of the game saw Mostrim claim a dramatic win over Dromard in the remaining Senior Football Championship quarter-final at Glennon Brothers Pearse Park on Sunday.

Dromard had edged ahead by two points with two cracking scores from Ross McNerney but in the sixth minute of stoppage time substitute Michael Hussey played the ball into Fintan Coyle; Brian Farrell’s effort was blocked and the ball fell to Hannon who made no mistake in burying his shot into the back of the net.

Mostrim led by 0-7 to 0-6 at the break with Francie McGee scoring the Dromard goal from a penalty in the early stages of the second half that looked like separating the sides in the end, only for Hannon to snatch a semi-final spot for the Edgeworthstown side against Colmcille.