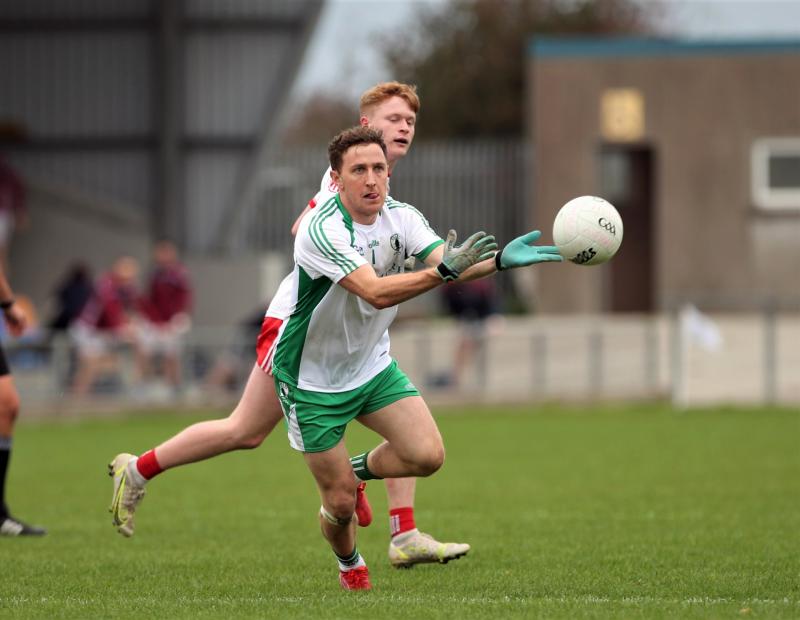 Killoe survived a stern test against Abbeylara with Daniel Mimnagh scoring the crucial goals that gave the title holders the edge in the Senior Football Championship quarter-final at Glennon Brothers Pearse Park on Saturday.

The red-hot Robbie Smyth was in brilliant form for Abbeylara in the first half, firing over six points to leave his side leading by 0-9 to 0-4, but Emmet Og (minus the injured attacker Mark Hughes) got right back into contention just before the break with a goal from a penalty converted by Mimnagh in stoppage time.

Thus Abbeylara had to be content with a slender one point advantage at half-time (0-9 to 1-5) and suffered another significant setback when the perfect pass from James Moran set up Mimnagh for the second Killoe goal with seven minutes gone on the changeover.

The introduction of defender Liam Hughes (who did not start due to injury) in the early stages of the second half made a big difference and Emmet Og finished the stronger in coming out on top to keep alive their hopes of completing the three-in-a-row.