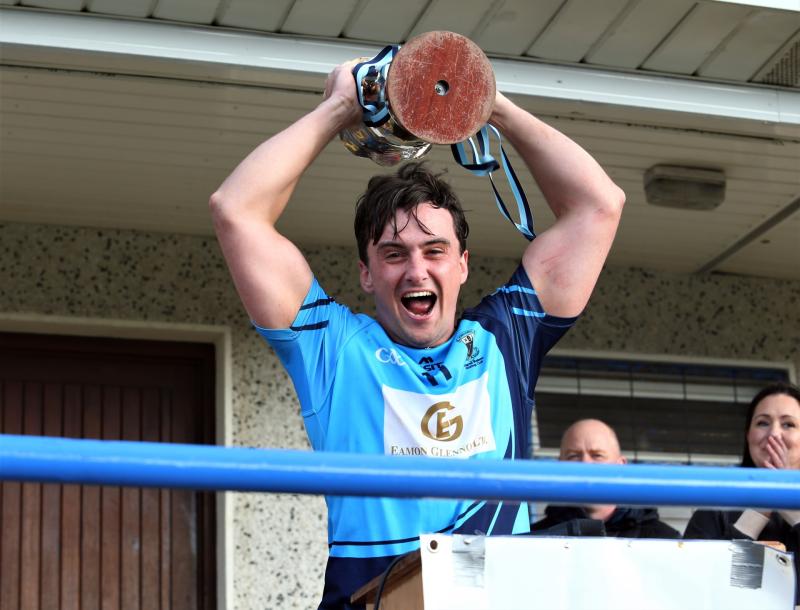 It was a dream come true for Longford Slashers captain Cian Kavanagh on Sunday last as he got to utter those famous words “tá athas orm”, after Slashers became Senior Hurling champions for the first time in 20 years.

Kavanagh said: “It was incredible to be honest. I did have them rehearsed. It’s always good to be prepared. It is an unbelievable feeling. There is an awful lot that has gone into that over the last number of years. My family would be very much a hurling family and we’ve lost a good few finals. This means everything to us.”

It was third time lucky for Slashers after losing to Wolfe Tones last year and Clonguish Gaels in 2019.

Kavanagh praised Wolfe Tones: “All credit to them. They have been incredible champions. We’ve had some massive battles and it’s very nice to come out on the right side this time.”

For Slashers the plan was simple, take the game to Wolfe Tones from the start and that’s exactly what they did. Kavanagh believes the work ethic that Slashers have shown this year played its part in Sunday’s win. It was all about the start.

Cian said: That was our plan. Not necessarily to hit them in the first few minutes. We were coming in with a serious work ethic. We have been working on that this year.

“You could even see there in the last five minutes; we were under the cosh but we were driving, tackling and harrying. I couldn’t be prouder to be captain of Longford Slashers this year.”

Kavanagh praised his team-mates for their part in this  tremendous win. The forwards got on the scoresheet while in defence they kept Wolfe Tones well marshalled.

Kavanagh said: “The lads at the back like Daire Regan. He has been absolutely colossal, Karl (Murray) centre-back and the other boys.  In the middle of the park Ronan Sheahan and Johnny (Casey) were work horses. I could name every one of our players. I’m very proud of them.”

The Slashers captain was full of praise for his manager Niall Ward who has put so much in Slashers over the years.

“It fell into place this year. It happened. No matter who the manager was, Niall would still be doing everything logistically, he might as well take on the job.

“There is no ego with Niall. He does it for the love of the club. The team has huge respect for him. I think he’s done a phenomenal job this year in bringing everyone together.”

For Kavanagh Sunday’s game was a culmination of hard work and a belief that they could finally become county champions.

He said: “I think when you put in the work and you have a tight knit group of players, you should believe you are going to win. We went out today and we really believed.

“We were driving it on from the beginning. We were under no illusions it was going to be difficult. We knew that we would match them with work-rate and then the rest is up to luck. It went our way this time.”