First title since 2001 as long wait is over 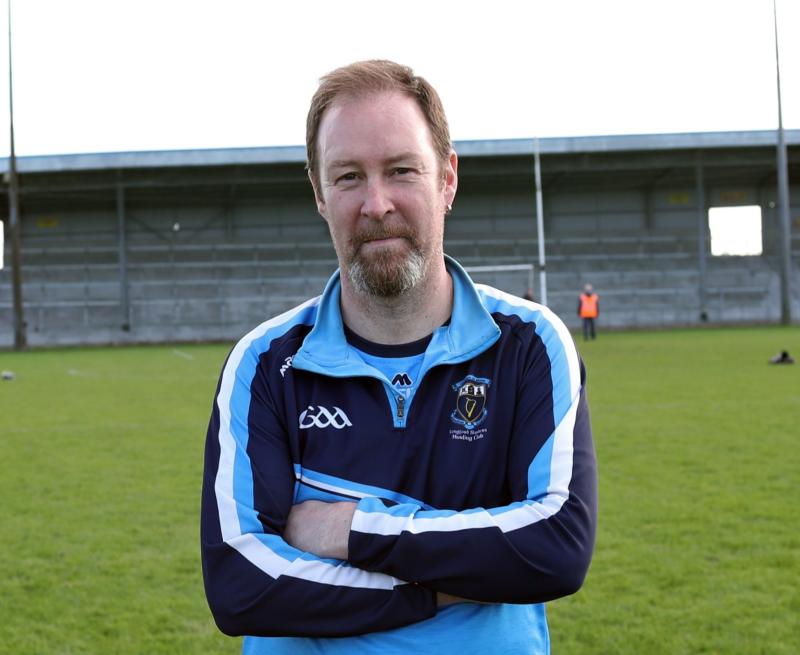 Niall Ward has been a stalwart of Longford Slashers hurling for a long number of years and on Sunday last he got his just rewards as his club claimed the county title for the first time in 20 years. Ward is the manager and has been involved with the rejuvenation of the club over the years.

Ward said: “The underage fell down for a while. Sean Stakelum was coming to the end of his tenure and I got involved. We got it going again, 2014 at senior, and we connected with a good U-14 team that we had brought up. It still took that long.

“Captain Cian Kavanagh and vice-captain Reuben Murray; they were on that U-14 team. We really hoped we’d win the senior title before now. We had so many disappointments. We never mentioned the 20 years, we kept it low-key this year. The boys drove it on themselves. It’s just an unbelievable feeling.”

Slashers took the game to Wolfe Tones right from the start. Ward stated he told his players to just “go for it”.

“This is our third final in a row and we often played too cautiously or defensively. I just said “we’ll go for it. We have scoring forwards and we’ll take an auld risk or two”, and it paid off. Every time they got a couple of scores we got at least one back. There was one goal that we conceded, but that was it.”

Captain Cian Kavanagh and man of the match Reuben Murray have always been on the scoresheet for Slashers but other players were on target Sunday.

Ward said: “I stacked the forward division with accurate hurlers; lads that could put the ball over the bar when they got the chance. Luckily enough that paid off.”

Defensively wise Slashers were immense with Karl Murray leading the way. Wolfe Tones tried hard to get goals in the second half but the Slashers defence stood firm.

Ward said: “The boys weren’t going to let it slip. They’ve been used to heartache. This is our third final in a row and fourth in five years and we were very determined to win the county title.

“We have good lads from underage to come through. We have a good structure there and we need to drive on for the next couple of years.”

Although Ward has had various roles in the club, he didn’t think about becoming manager this year; it was something he fell into. He has no regrets about taking up the position but paid tribute to everyone that helped Slashers capture the JJ Duignan Cup.

Niall  said: “I was in more of a caretaker role. I ended up in the position; I’ve always done stuff behind the scenes. It was very easy to manage them.

“I have to give a mention to Martin Craig who got us to two finals in the last few years and Barry Kennedy from Castlepollard came down and took the boys for two sessions. That brought the intensity up.”