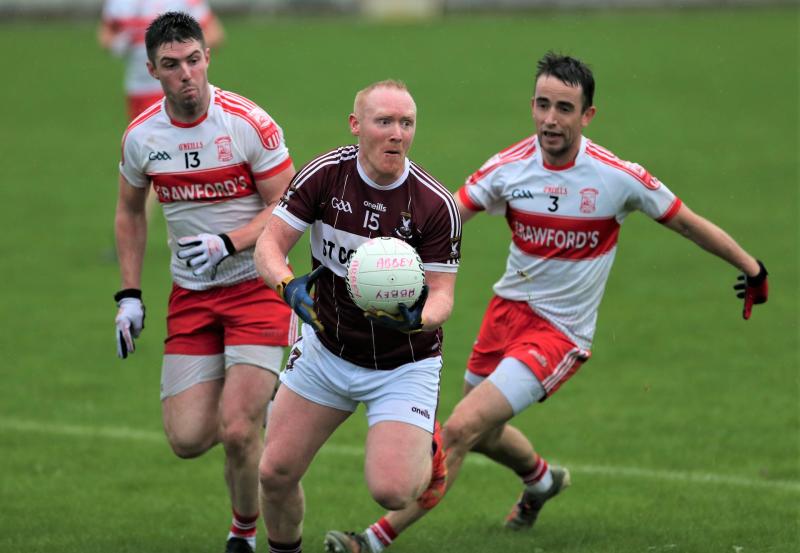 Mullinalaghta St. Columba’s are through to the Senior Football Championship quarter-finals after beating a determined Abbeylara side in the Group B Round 3 clash at Glennon Brothers Pearse Park on Saturday evening.

David McGivney’s goal just before half-time proved to be the difference while Abbeylara were left to rue missed chances near the end when they kicked a few poor wides but are still looking good to reach the last eight after winning their previous two games in the group stage.

In their final attack in the hope of snatching a last gasp equalising goal, Mel Brady played the ball into the square but Patrick Fox was able to claim possession and avert the danger.

Mullinalaghta, who  were also guilty of some poor finishing, led by 2-7 to 1-5 at the break with Jayson Matthews scoring the first goal in the 26th minute.