Wolfe Tones through to yet another Longford senior hurling final 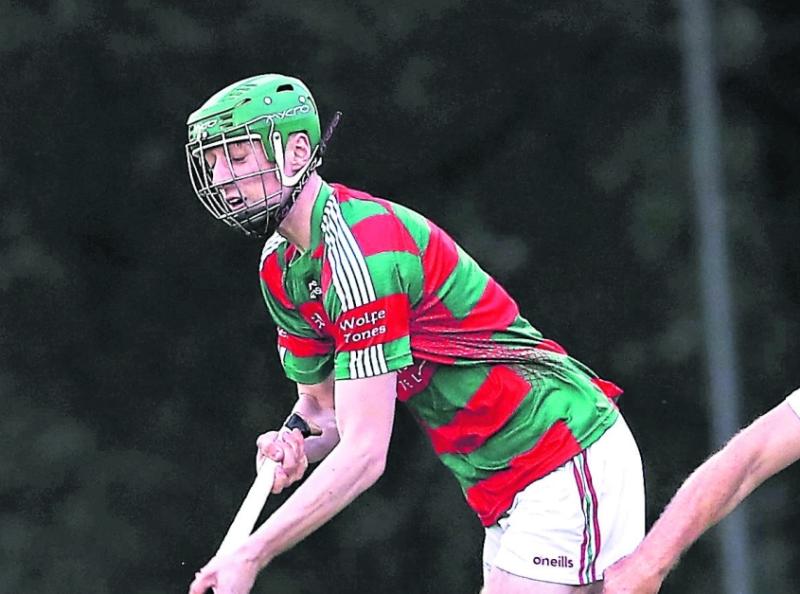 The title holders Wolfe Tones confirmed their place in this year’s Senior Hurling Championship final after a five point victory over Longford Slashers at Glennon Brothers Pearse Park last Saturday evening in the second round of the group stage.

Goals at crucial stages of the encounter were decisive in the victory for the Mostrim club. Three-pointers at the beginning of both halves from Martin Coyle and John Newman put their opponents on the back foot from the off while a fortuitous goal from midfielder Evan Tully sealed the win late on.

Longford Slashers relied heavily on the exploits of centre-half-forward Cian Kavanagh, who was excellent throughout, while the Murray brothers put in big displays for the sky-blues.

The battle between the county’s prolific forward Reuben Murray and Wolfe Tones corner back Adam Quinn was particularly keen. Reuben did succeed in winning a number of frees for the reliant Kavanagh to fire over the bar but Quinn managed to keep Murray scoreless.

Wolfe Tones, minus the services of regulars Seamus Hannon and John Mulhern, got off to a flying start when centre-half-forward Martin Coyle found the back of the net with a brilliant strike.

The youthful pair of Tiarnan Hussey and Maitiu O’Donohoe put in fine performances in attack for Wolfe Tones. Corner-forward Hussey fired over three first half points while O’ Donohoe landed a brace of scores.

Slashers were six points behind in injury time in the first half with all their scores coming from Cian Kavanagh. He almost got a goal after excellently fielding a high ball inside the square but his shot was excellently saved by Wolfe Tones keeper Thomas Stakem. Cian’s brother Eoghán was on hand to finish the rebound to the net and reduce the gap to leave Slashers trailing by 1-8 to 1-5 at the break.

Wolfe Tones full-forward John Newman raced through for an early goal after the restart but Longford Slashers began to take over in the middle of the park with Killashee duo Kealan Cox and Johnny Casey gaining a lot of possession.

Cian Kavanagh’s free taking ability kept Slashers in contention as he struck over five points to leave the minimum between the sides by the second water break, 2-9 to 1-11.

On the resumption of play Luke Kelly and Kavanagh swapped frees while Karl Murray and Maitiu O’Donohoe fired over long range efforts for Slashers and Wolfe Tones respectively.  Tiarnan Hussey then landed a classy strike over his shoulder for his fourth point of the game.

In a frantic final quarter, Longford Slashers had to move corner-back Noel Hegarty into goals after an injury to brave goalkeeper Hugh O’Kane. Hegarty was unlucky as Tully’s late high ball was deflected into the net to clinch the win for Wolfe Tones.

Slashers and Clonguish Gaels clash in the remaining group fixture in a few weeks to determine who advances to meet Wolfe Tones in the county senior hurling final on the weekend of Sunday October 10.