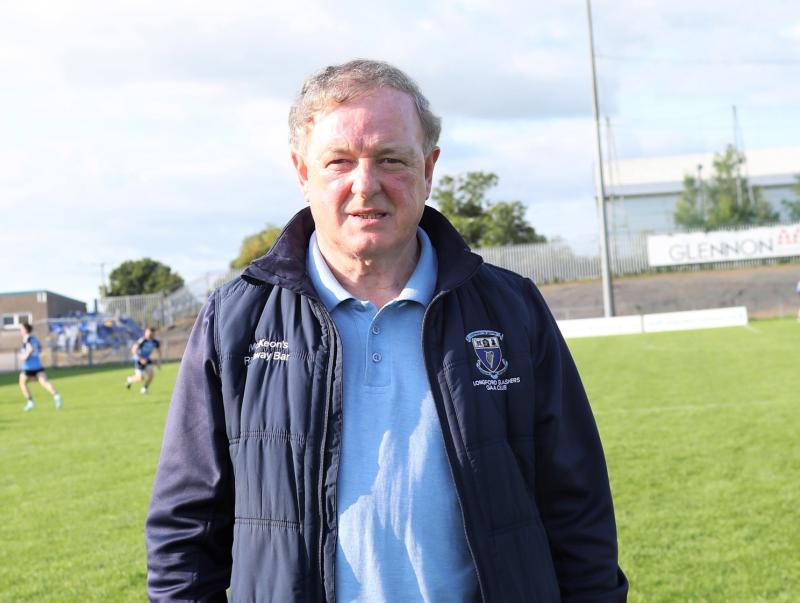 He said: “We are coming up against a very good side in Killoe. We know we have our work cut out but we’ll plan. It’ll be another tight game.”

For O’Brien and his management team the focus is very much on getting Slashers right before they look at the opposition. It’s something O’Brien has always done with teams he has managed.

He said: “You have to concentrate on your own team. Get your own team right and then you look at the opposition and see where we can man mark this guy or that guy or whatever.

“Sometimes it works, sometimes it doesn’t. If you don’t get your own game right, it doesn’t matter what way you man mark. You have to focus and have the concentration levels right all the time.”

Slashers have a great blend of youth and experience on their side. The young players have impressed in the league and championship.

O'Brien said: “We have a lot of young lads. We have two very young lads in the middle of the field. When we win the ball there we use it intelligently.

“We are not the biggest team in the world but we like to play a certain style of football. Once we keep the ball from the shoulder down we are pretty good.”

Slashers booked their place in the final with a two point win over Mullinalaghta. It was one they very much deserved.

O’Brien believes that although his side put in a strong performance against the 2018 Longford and Leinster champions, they’ll be underdogs for Sunday’s final.

He said: “We won’t be going in as favourites. We probably weren’t given a hope in hell against Mullinalaghta. I was listening to the experts on the radio from Longford and they weren’t giving us much of a hope. They forgot there was a semi-final, they were talking about a Killoe/Mullinalaghta final. I can understand that.”

Looking back on the game the Slashers boss couldn’t praise his players enough. It was a game that they bossed but didn’t seal the win until near the end.

O’Brien said: “Great heart, great effort, great work-rate and great honesty, that’s all you can ask for from players.  We really dug out that win and probably if we had taken all of our chances we would’ve had a few more points but sure we won, that’s the most important thing.” O’Brien admitted that he had no doubt his side would get the win over Mullinalaghta. Their preparation had been very good.