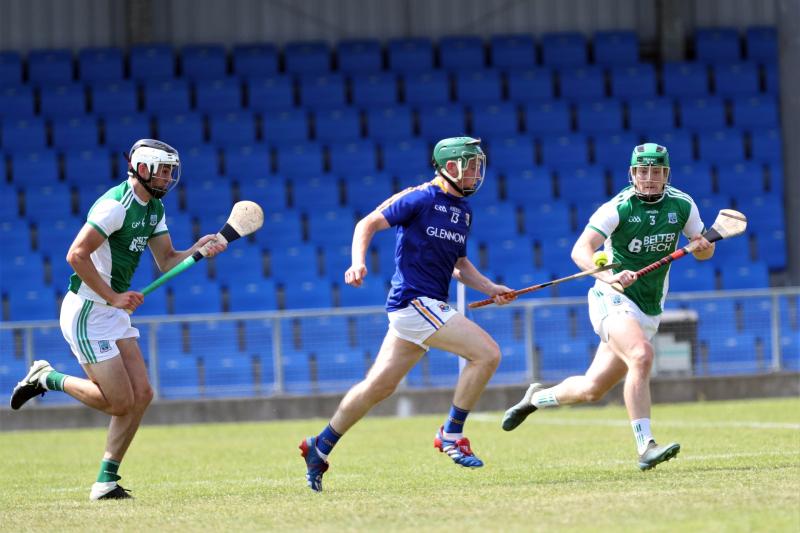 Reuben Murray on his way to scoring a cracking goal for Longford against Fermanagh in the Lory Meagher Cup semi-final Photo: Syl Healy

The Longford senior hurlers had high hopes of winning the Lory Meagher Cup this year but their championship campaign ended in bitter disappointment with defeat against Fermanagh at Glennon Brothers Pearse Park on Saturday.

At stake was a place in the fifth tier final at Croke Park next weekend. Right from the start Fermanagh were the better team in showing the much greater urgency in advancing to meet Cavan in the title decider with Longford ending up with 13 players on the pitch.

The visitors were full value for their 0-12 to 1-6 lead at the break with a cracking solo goal from Reuben Murray in the 35th minute keeping lethargic Longford in contention.

Fermanagh had stretched their advantage to six points when the midlanders (missing injured duo Cathal Mullane and Paul Barden) were reduced to 14 men in the 50th minute after Johnny Casey was sent-off for a second yellow card offence.

Longford did manage to close the gap with Joe O’Brien converting a couple of frees but Fermanagh got back on top and a goal in the 63rd minute from Tom Keenan put the issue well and truly beyond all doubt.

This was a very poor performance by Derek Frehill’s under achieving charges and their tale of woe was complete when Enda Naughton was sent-off following a straight red card incident in the third minute of stoppage time.