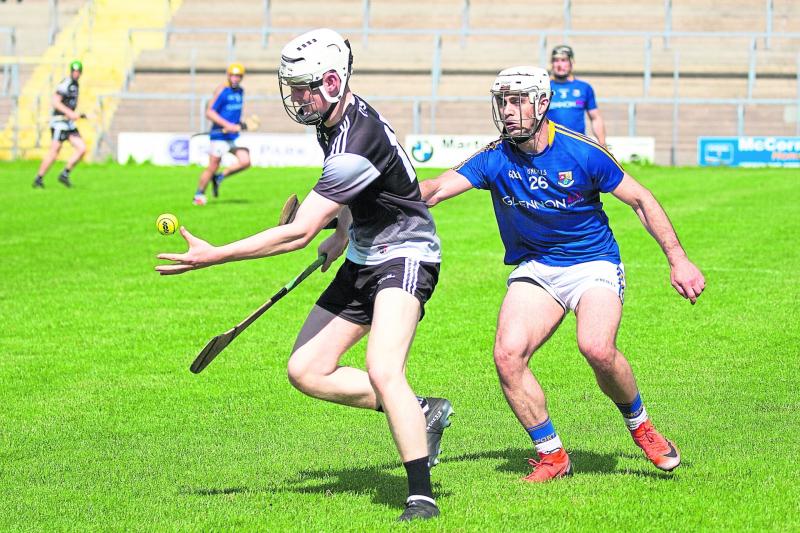 Longford suffered their second defeat in Division 3A of the National Hurling League when they found the going too tough against Sligo at Markievicz Park on Saturday last.

Derek Frehill’s side battled it out to the bitter end with the wide margin of 13 points separating the sides in the finish and the midlanders must now beat Monaghan in their remaining fixture at Glennon Brothers Pearse Park on Saturday June 12 (throw-in 2pm) to avoid relegation into Division 3B.

Two divisions separate the teams in the championship and at times this was very evident on the pitch with Sligo in complete control in the first half in building up a commanding 2-14 to 0-7 lead at the break.

Longford, to their credit, were a lot more competitive in the second half in adding the impressive total of 2-12 to their tally and must be strong contenders to win the Lory Meagher Cup this year.

Sligo, on the other hand, are operating in the Christy Ring Cup and their opening fixture in the third tier championship is against Offaly.

Longford started brightly in sunny Markievicz Park as they got the opening score of the match through a long distance free from Steven Creaven, but Sligo responded with 1-2 without reply. The goal came from teenager Thomas Cawley; he found the net for Sligo’s first goal after just seven minutes of play.

A free from Joe O’Brien and a point from the hard working David Buckley kept the visitors in touch. The home side soon started to dominate as Longford couldn’t live with the pace Sligo were moving the ball at and they couldn’t deal with Sligo’s inside line.

Sligo scored four points on the spin. The impressive Gerard O’Kelly Lynch and Joe McHugh among the scorers.

Longford won a penalty on 19 minutes but Joe O’Brien’s effort was saved by the Sligo keeper and went over the bar for a point.

Sligo continued to dominate the half as Longford could only score twice more in the remainder of the first half as the home side scored 1-7 during the final ten minutes.

Their second goal came from O’Kelly Lynch with Sligo leading by 2-14 to 0-7 at the break.

The introduction of Martin Coyle made an immediate difference as Longford replied with a goal from the substitute after the restart.

A free from O’Kelly Lynch was soon cancelled out by two frees from O’Brien but Sligo killed off the game soon after; O’Kelly Lynch adding 1-1 to his and his side’s tally.

John Mulhern replied with a goal for Longford but Sligo netted twice more; O’Kelly Lynch from the penalty spot and their fifth and final goal from Joe McHugh.

Longford finished the game strong. They batted hard and never gave up with David Buckley and Joe O’Brien working hard against a superior Sligo side who are expected to win the Division 3A league title.