Longford hurlers facing another stern test away against Sligo 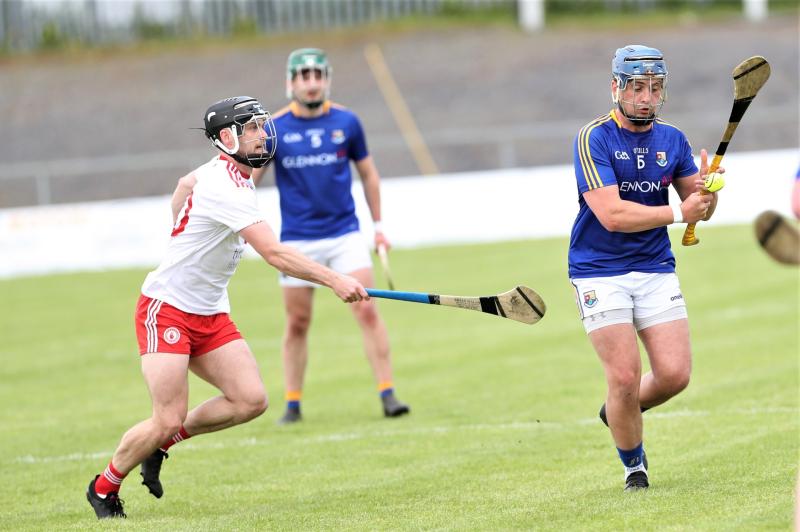 Cian Kavanagh pictured in action for Longford against Tyrone in the NHL Division 3A Round 2 game on Saturday last Photo: Syl Healy

In the aftermath of the thrilling high scoring draw against Tyrone last weekend, 2-22 apiece in a classic at Glennon Brothers Pearse Park, the Longford senior hurlers will travel to Markievicz Park this Saturday in a fairly confident frame of mind.

While strengthened this season by the addition of newcomers Steve Creaven and Dyawne Sheedy, Longford are facing another stern test against a Sligo side who scored a most impressive 2-24 to 1-18 win over Armagh last weekend and are regarded as the favourites to win the Division 3A league title.

On the basis that Longford lost to Armagh by the wide margin of eleven points (2-21 to 0-16) in the opening round of the National League at the Athletic Grounds, the formbook suggests a win for a Sligo side who are operating in a higher grade in the championship and are preparing to meet Offaly in the group stage of the 2021 Christy Ring Cup.

Winners of the Lory Meagher Cup in 2018 and the Nicky Rackard Cup in 2019, Sligo hurling has made significant progress and they tasted some more success last season when winning the National League Division 3B title.

Having said that, Longford manager Derek Frehill will point to the fact that his side beat Sligo in the 2019 Division 3B final and thus will be quietly confident of springing a surprise at Markievicz Park this Saturday, throw-in 3pm.

Watch the live stream of Longford v Sligo in Division 3A of the National Hurling League. Visit http://Sligogaa.ie

Longford’s final fixture in Division 3A of the National League is against Monaghan at Glennon Brothers Pearse Park on Saturday June 12 in the build up to the Lory Meagher Cup Championship.