Longford will always be competitive no matter what 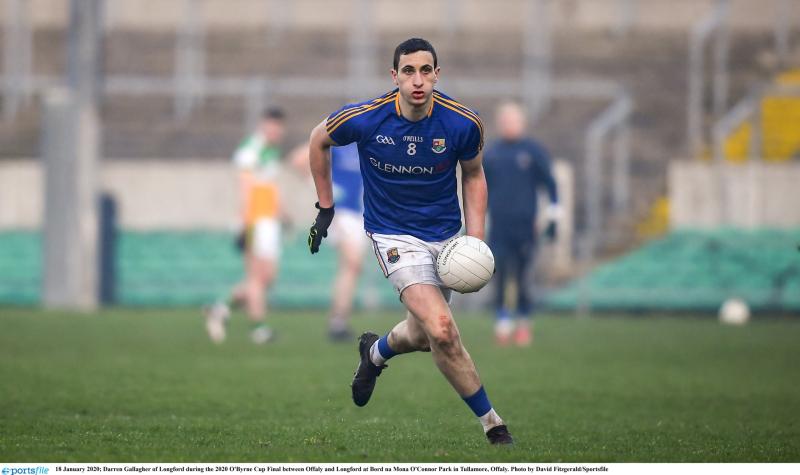 Ever since the introduction of the All-Ireland Qualifiers back in 2001, the Longford senior footballers have consistently punchedabove their weight and some shock results during the past couple of decades put the county firmly in the spotlight.

The wonderful wins over Mayo, Monaghan, Down and Derry brought great joy for the success-starved supporters during the many lean times and Longford will always be competitive no matter what as was the case in the courageous ‘back door’ defeats against the might of Kerry, Tyrone, Cork and Donegal.

Apart from the impossible task of trying to compete with Dublin, the results in the Leinster Championship have improved significantly in the recent past and the tremendous victory over Meath in a pulsating 2018 quarter-final at Glennon Brothers Pearse Park springs to mind.

Denis Connerton was in charge then and at the same stage of the championship a year later Longford went to within the width of a post of springing a major surprise against Kildare at O’Connor Park in Tullamore under the guidance of new manager Padraic Davis.

Also read: Longford need a result at home against Derry to push for promotion

In the fourth minute of stoppage time, a shot from James McGivney hit the upright as the underdogs were denied a dramatic last gasp winning point in a thriller that ended in a high scoring draw.

Extra-time failed to resolve the issue and while Kildare went on to win the replay in emphatic fashion, Longford emerged with a lot of credit from that encouraging championship campaign.

James McGivney is no longer part of the panel due to work commitments but a few promising young players have graduated to the senior team during the current Davis regime, notably Joseph Hagan (Dromard) and Oran Kenny (Rathcline).

Kenny was unavailable to face Louth and Laois in last year’s Covid hampered championship that was delayed until November but the exciting attacker will be going all out to make his mark against Carlow in the opening round of the 2021 provincial series at the end of June.

Other young guns to watch out for in the immediate future are Clonguish’s Jack Duggan (son of former Roscommon football star Derek Duggan) along with Keelan McGann (Kenagh), coming from a family steeped in the GAA tradition.

The same must be said about Eoghan McCormack (Carrickedmond), whose father Eugene wore the Longford jersey with great pride back in the past.

Jack, Keelan and Eoghan are now part of the extended county senior squad as the preparations continue for the start of the Covid delayed GAA season.

There is a real air of excitement in the Longford camp as the totally committed players get ready to play their first competitive match in six months.

Derry are the visitors to Glennon Brothers Pearse Park for the opening National League Division 3 fixture this Saturday (throw-in 5pm) and while a crucial home win might materialise, most things will need to go right for that to happen.

Definitely a tough start for Longford, boosted by the return of such established players in Michael Quinn, Barry McKeon and David McGivney, and even more difficult is the clash against neighbouring rivals Cavan at Breffni Park the following weekend (Saturday May 22).

On the back of their magnificent Ulster Championship title triumph last year, Mickey Graham’s side are strongly fancied to gain promotion and after that eagerly awaited local derby it’s a trip to Enniskillen for Longford to face Fermanagh at Brewster Park (Saturday May 29).

The northern section of the regionalised National League this year is a real minefield, to say the least, and particularly so when you look at the supposedly easier southern section involving Offaly, Limerick, Wicklow and the Munster champions Tipperary.
Longford boss Padraic Davis would certainly settle for the consolidation of Division 3 status to maintain the steady progress he has made and that target is expected to be reached.

It looks like a favourable draw against Carlow in the straight knock-out championship with no room for error and while nothing can be taken for granted, Longford should move on to tackle Meath in the Leinster quarter-final.