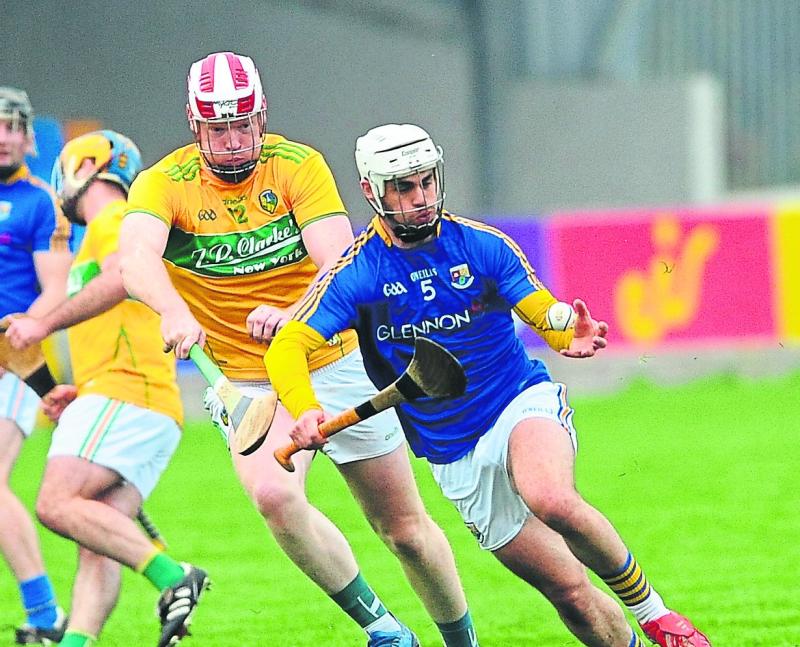 Derek Frehill had assumed that last year was going to be his final term in charge of the Longford senior hurlers. The year didn’t go too much to plan with Covid interrupting their preparations and despite retaining their Division 3A status, the county were relegated from the Nicky Rackard Cup to the Lory Meagher Cup.

The Galway native said he came back this year to right the wrongs from last season. “I felt last year was going to be my last term in charge and that I’d put in a good effort. I think with the way things went and we had such a short campaign and our own in-house issues with the championship; it’s been talked about and dealt with. I wouldn’t have liked to have left it on that note.

“The lads deserved a bit better and probably myself as I would’ve always been thinking ‘what could’ve been’. It’s the best decision I’ve made. I’m determined that we put right what we did wrong last year.”

Frehill is full of enthusiasm for the year ahead, helped by the fact he has his biggest panel to choose from. He said: “For the Donegal game in the championship last year we had 19 players named in the programme; that is a complete opposite to this year. We have the biggest panel that I’ve been involved in, we have 31 players. It’s a very strong panel.

“In fairness to the guys we’ve had the 31 lads since the 1st of January; they’ve been doing their own stuff but it has been monitored by Rob Nolan. He set out a good few programmes for them. The commitment has been brilliant.”

The talismanic Joe O’Brien is back for another year, as is Martin Coyle, while Cathal Mullane, Bart Hanley, John Mulhern, Conor Keegan and Gerry Moore have all returned to the panel.  Stephen Craven and Dwayne Sheedy are two new permit players.

Frehill said about his squad: The young lads have two/three years under their belt. This is really their year; the likes of Maitiu O’Donohoe, Evan Tully and Adam Quinn. We are going to see a bit more from them.”

Longford face into a tough Division 3A campaign but their manager is looking forward to the challenge that lies ahead for his side.

“The league is going to show us where we need to get to. We have Armagh and Tyrone to start off with. It’s a tough start away to Armagh on Sunday but that’s what we are relishing. It shows us where we are. I think we’ll surprise a few in the league.”

The National League is the main focus at the moment for Longford but their real aim is to get back up to the Nicky Rackard Cup by winning the Lory Meagher Cup.

“The potential for the lads is a trip to Croke Park at the end of the season. Nothing more than any of these lads deserve and for the other teams involved. It’s important that these finals are played in Croke Park but that’s a long way off. We need to get good results in the league,” commented Frehill.