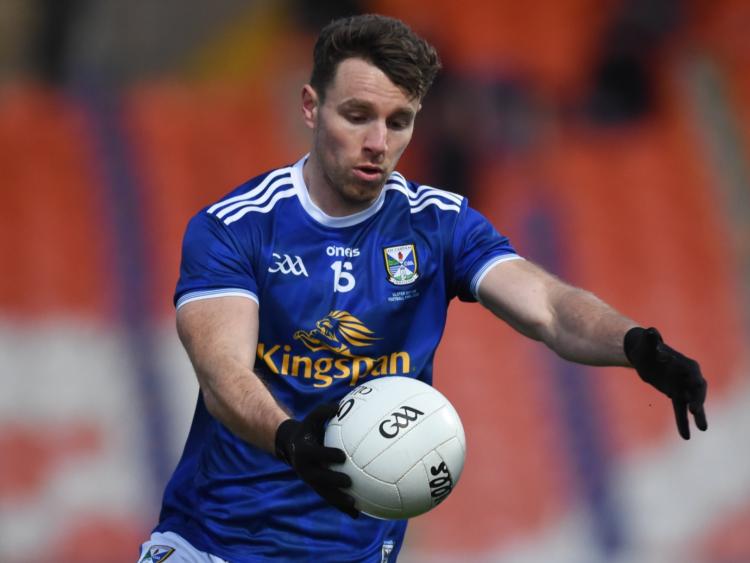 Goal hero Conor Madden has spoken of his delight at helping steer Cavan to a first Ulster title in 23 years.

The Gowna clubman netted the decisive score as last Sunday's final clash with Donegal entered its dying embers in a pulsating encounter which saw Cavan emerge victorious (1-13 to 0-12) at the Athletic Grounds in Armagh.

It was a sweet moment of personal triumph for Madden who had only returned to the field of play after suffering the  ignominy of a black card midway through the second half.

“I was a bit disappointed as I thought it was harsh enough, but in the end it worked in our favour as I came on fresh and with a point to prove,” said the 26-year-old.

Up until that decisive intervention, Madden had already notched up two critical points after starting the match warming  the substitutes bench.

Less than 48 hours after his match winning exploits, the former Cnoc Mhuire Granard  student cut a more laid-back figure as the enormity of last Sunday gradually began to kick in.

Talking to the Leader as he reflected on Cavan's return to the top table of Ulster football in more than two decades, Madden paid tribute to the man charged with leading that resurgence-Mickey Graham.

“It was really 18 months or so in preparation in terms of preparing us as a team,” confided Madden.

“Some people said we needed a perfect performance and in fairness, I don't think we were far off that on Sunday.”

Graham was chosen to succeed Mattie McGleenan in August 2018 after the Breffni Blues'   All-Ireland qualifier defeat to Tyrone.

Madden, like most within the game,  were well aware of the aura surrounding Graham's candidacy having guided Mullinalaghta to Longford senior county titles in 2016, 2017 and 2018 and the magnificent Leinster Club title triumph when history was made.

“We all knew what Mickey had done and achieved,” Madden continued, not before referencing the part played by fellow Gowna clubman and 1997 All-Star Dermot McCabe (one of the current mentors )  in helping to resurrect Cavan's footballing fortunes.

“The Ulster Championship is the most competitive championship out there and we knew going into the final  that we had  a busy year with having to play in the preliminary round as well,” he said.

Madden's take on Cavan's redemption to the top of the Ulster football ladder  is as forthright as it is bracing.

It is emblematic of the new found confidence Graham has managed to instill into a side which only  a few weeks previously had been relegated to  Division 3 of the National League  and will face neighbouring rivals Longford next season.

“We were disappointed to be relegated, there's no doubt about that but all credit to the lads for bouncing back the way we did.

“It's great to be able to create memories for the next generation and to hopefully inspire them to play for Cavan and wear the jersey with pride.”

From the scenes of insatiable jubilation that greeted Cavan's long road to redemption, those queues are already starting to form.