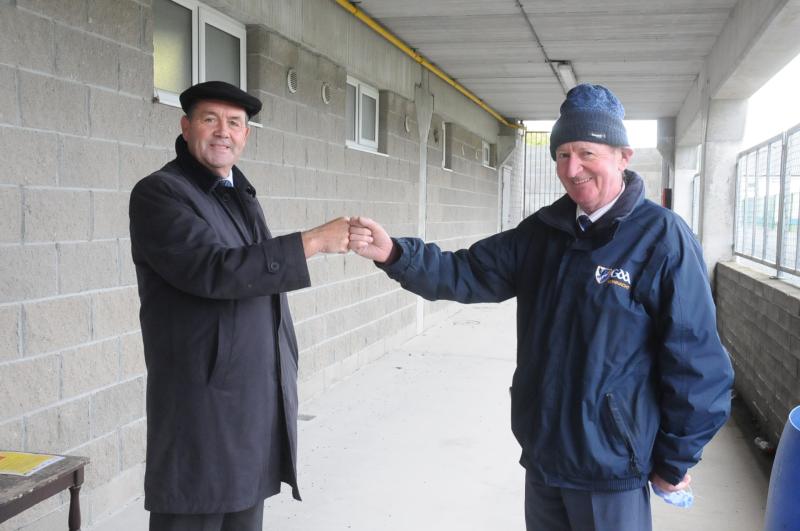 Leitrim GAA County Board chairman Enda Stenson has launched a fierce attack on Kerry legend and RTE commentator Tomas O Sé after his comments on the failure of Leitrim and Sligo to fulfill Senior inter-county fixtures in recent weeks, Stenson even suggesting he should resign from RTE.

Speaking on Ocean FM, Enda Stenson described remarks by O Sé as "scurrilous", "disgusting", "disgraceful" and "demeaning" after the RTE commentator tweeted that the integrity of the All-Ireland Senior Inter-county championship was now being questioned.

In his tweet, O Sé specifically asked of Leitrim: "We never found out the exact details of the Leitrim situation" before asking in another tweet: "the Leitrim situation was not explained properly. Who had what exactly and what numbers available to them could play. Never explained. Let them come out and tell us the exact details so we can see why they could not play it"

I hear that Niall but the Leitrim situation was not explained properly. Who had what exactly and what numbers available to them could play. Never explained. Let them come out and tell us the exact details so we can see why they could not play it

In response, Enda Stenson claimed that the five-time All-Ireland winner and five time All-Star was promoting himself as a pundit with his remarks and claimed that O Sé owed the people of Leitrim, Sligo, Longford and other weaker counties an apology for his remarks.

"First of all I just want to sympathise with Sligo with the predicament they find themselves in, we found ourselves in the same position three weeks ago when we had not a team to travel to play Down and Tomas O’Se and his friends also questioned that and I find that absolutely scurrilous.

"The people of Leitrim and Sligo are doing absolutely everything right and we have a lot less numbers than a lot of people and maybe that’s because we are doing everything right. But Sligo could not travel, Leitrim could not travel and it is not up to Tomas O’Se, he is a pundit, he is not appointed or elected by anybody to question anybody and I think it is a disgrace that he would cast even any doubt on what either Leitrim or Sligo done to protect the health and well-being of their players.

"It is not right and it is not fair and I think he should come on to a programme like Ocean FM and asked to explain himself and to debate this issue with either both Leitrim or Sligo because he has no mandate to cast any aspersions on either Leitrim or Sligo.

"I doubt it because he doesn’t have a foot to stand on, he is just promoting his own agenda, to promote himself as a pundit, that’s what this is all about."

Stenson said he was delighted that the Sligo decision not to field against Galway was backed by Fergal McGill in Croke and John Prenty of the Connacht Council and said that O Sé should consider his position as a pundit: "What Tomas O’Se siad is unforgivable and I think he should consider his position as a pundit when he is prepared to condemn the lesser people like that ... For him to question their bona fides is not fair, it is not right."

Stenson also hit back at suggestions that Leitrim or Sligo did not want to play their championship games: "That is the point that I find absolutely disgusting, disgraceful for Tomas O’Se to come out and say a think like that. We have been as long partaking in the GAA as the Kerrys and other counties. When has this ever happened before? We are in the middle of a pandemic.

"Leitrim had 14 players that were available to travel on the Friday night when we were due to play Down at 2pm on the Saturday. What position were we left in? We are the smallest unit in Leitrim in the GAA, we don’t have the numbers when we have seven or eight players gone.

"We just can’t go around the county and pick up players willy nilly and just be canon fodder for the bigger counties, go up and get a big beating and say what he said about Fermanagh ‘Ah they were great to come down anyway, even though they got beaten, they came down’. That is demeaning people, that is what he is doing."

Mr Stenson also suggested that financial reasons may have played a part in O Sé remarks: "He is in a very well paid position there, that’s what that is about. He does not want games to be cancelled because if they are cancelled, it is less pay day for a pundit.

"I don’t think he is suitable for that position if he is prepared to so quickly to condemn and say we don’t know what the situation happened in Leitrim. Did he take up the phone and ring anybody in Leitrim? I as chairperson of Leitrim County Board, did he ring me up and ask me what the situation was there before he made those remarks? He did not, he was just prepared to mouth off something that he didn’t know what he was talking about."

The Leitrim chairman concluded by stating that the RTE commentator owned several counties an apology: "No need to apologise to me, I am just the chairperson of Leitrim County Board, everybody that is involved in the GAA in Leitrim, Sligo, Longford, those smaller counties, have the same right to representation, and proper representation, as have the bigger counties and what Tomas O’Se is demeaning everybody who takes part in the GAA in the smaller counties and it is to them he should apologise, not to me, it is irrelevant to me.

"It is not me alone, I’m talking about the general GAA people and the volunteers that work day in and day out to keep the GAA alive in those counties and times it is not easy and for him to come in a smug position and to say something like that is just a disgrace for him."

However, Stenson's call for O Sé to step down from his position with RTE was not backed by former Leitrim captain Emlyn Mulligan who tweeted: "Whether you agree or disagree with the opinions of @tomas5ky, asking him to step aside from his role as a pundit is a bit over the top IMO."

Whether you agree or disagree with the opinions of @tomas5ky asking him to step aside from his role as a pundit is a bit over the top IMO. https://t.co/JTgYLZMCSa