Longford hurlers away to Donegal in Nicky Rackard Cup

Round 1 championship clash in Letterkenny on Saturday, 1pm 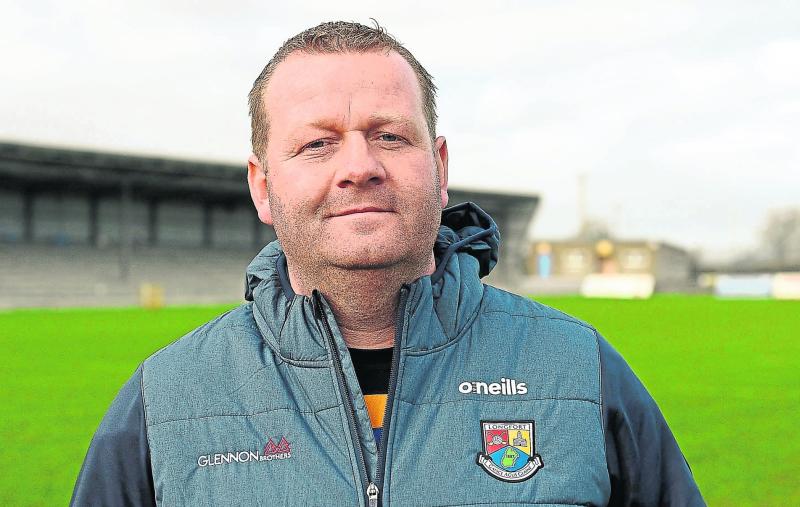 It has been a strange few months for Longford senior hurling manager Derek Frehill; first the Covid-19 lockdown and then the controversy surrounding the playing of the county final. The Galway man and the Longford team are now preparing for their Nicky Rackard Cup championship game away to Donegal in Letterkenny on Saturday next, throw-in 1pm.

Once again Longford have small numbers to pick from and this frustrates the manager in what was also a problem for the previous men in charge of the county hurling team.

Frehill said: “We have people in Longford crying out that they want respect for hurling in the county, and I fully agree with them, but when it comes to the county team where are all these guys representing their county.

“These guys want to promote hurling in the county but why is it a struggle to get guys to come and hurl for Longford. They need to push and promote their senior team.”

Although the county manager, Frehill is very much ‘the outsider looking in’ and can see where the problems are with hurling in the county. He was honest in his assessment:

“Longford hurling is struggling. For the county team to improve, the club scene needs to improve. I don’t know if familiarity is a problem there with 3 clubs.

“I think it’s crying out for some kind of ‘Champions League’ format and that they are brought into Roscommon, Leitrim. Something like the Táin League but for the championship. They are just not playing enough.

“Someone like myself coming in and looking at it, Longford need to join other counties and create a proper structured championship with Senior and Intermediate grades. These lads need to play more hurling.”

Longford had a decent league campaign before Covid-19 disrupted their season and Frehill was happy with how the Division 3A games went for his side.

“We won the Division 3B league last year and we had a huge opportunity to build on it. We did quite well in the league again this year, not bad but not where we wanted to be, but we weren’t far off it.

“That was without 5 to 6 of the better hurlers not playing with us. We are preparing for the championship now and we have Joe O’Brien back with us which is a boost.”

Donegal won the Division 3A league this year and are one of the main contenders to capture the Nicky Rackard Cup. Frehill is looking forward to the game but admits the timing and venue make it a difficult task.

“At this stage I’ve no problem playing Donegal, it’s just logistically a difficult trip; to go to Letterkenny for a 1pm throw-in. It’s not good preparation.

“It’ll give us an idea of where we are and it’ll give me an idea of ‘have I brought the team on in the two years ‘. The re-introduction of Joe O’Brien and we have no injuries; we are in a good place but that could change.”

Although we are all in precarious times with Covid-19, Frehill said that the players are enjoying their return to action.

“The atmosphere is really good and we are working with a small squad. The guys that are there are enjoying it and that’s so important after what we have been through with the Covid-19 pandemic.

“What a lot of the guys realised was how much they missed hurling and hopefully they can produce a big performance against Donegal.“

Longford hurlers league title hopes were dashed in the defeat against Donegal in the remaining Division 3A fixture at Michael Fay Park.