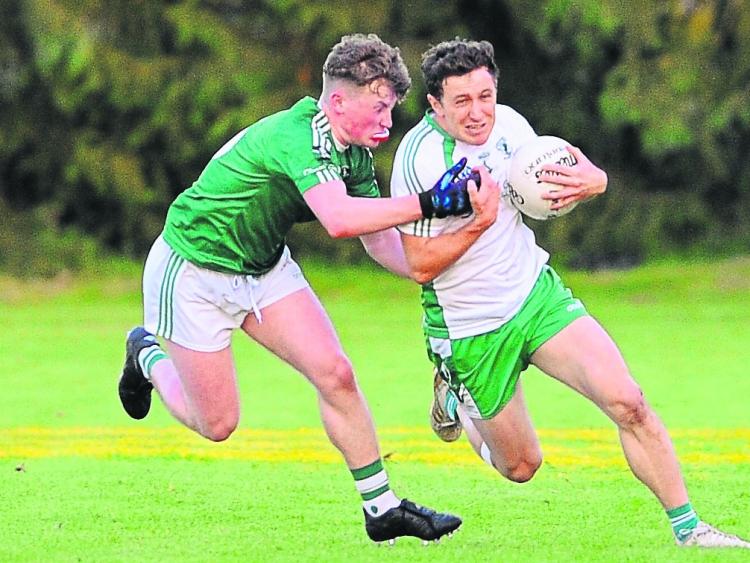 Daniel Mimnagh on the ball for Killoe in this tussle with Clonguish opponent Francis Molloy. Action from the 2020 SFC first round game at Monaduff on Friday August 7 Picture: Declan Gilmore

Following the decision of the DRA (Disputes Resolution Authority) to quash the 48 weeks suspension imposed on the Killoe club, the remaining Group 2 fixture in the SFC can finally be played.

St Mary’s Granard and Abbeylara have been waiting patiently to see who they will face in the quarter-finals and as soon as the Killoe v Mostrim game is over a separate draw will take place at the Monaduff grounds to determine who plays who.