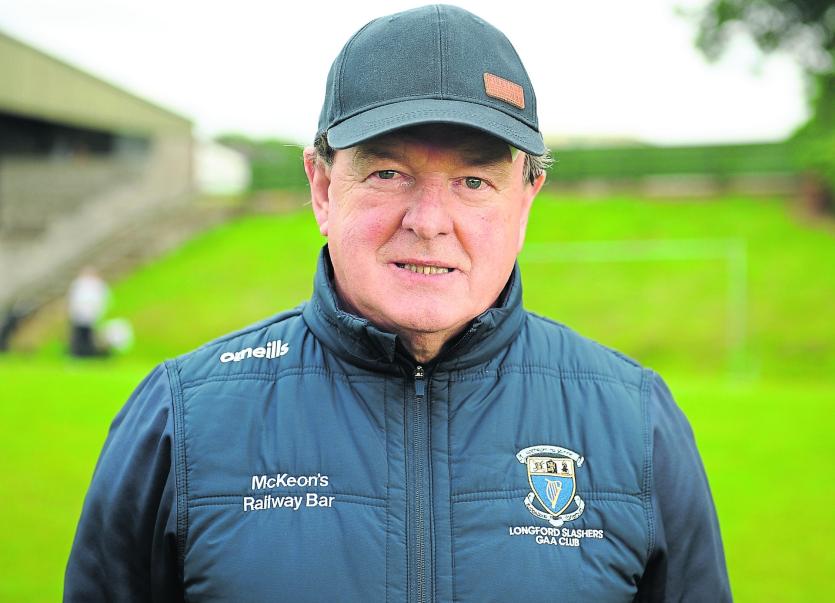 Longford Slashers are through to the Senior Football Championship semi-final but only just after hanging on for a fortunate win over Fr Manning Gaels at Glennon Brothers Pearse Park on Sunday.

After suffering a heavy defeat against the same opposition in the group stage, the Drumlish/Ballinamuck side improved greatly in a very determined bid to shatter Slashers and they almost snatched a shock win deep into stoppage time when a goal attempt from Darren Farrelly drifted just wide of the post in the seventh additional minute.

While the quarter-final clash proved to be a tight contest, it looked like Slashers were in control when sharp corner-forward Darragh O’Connell struck to score a goal in the early stages of the second half, planting the breaking ball into the back of the net net after his initial attempt was very well saved by the opposing keeper Aidan Grey.

That left the sky-blues in what appeared to be a comfortable 1-6 to 0-4 lead but Fr Manning Gaels battled back to remain in contention despite a black card for midfielder Paddy Collum before the second water break.

Down to 14 players for a ten minute period, the Gaels were thrown a lifeline when Slashers keeper Colm Farrell, after making a great save to keep out a dipping shot from Conor Keenan, was penalised for a foul on Pauric Gill in this same incident and a penalty was awarded in the 54th minute.

Martin Cassidy made no mistake to score a goal from the penalty and close the gap to just a solitary point (1-8 to 1-7) but Slashers clinched a very hard earned win with a great point from substitute Colin Smith in the second minute of stoppage time.