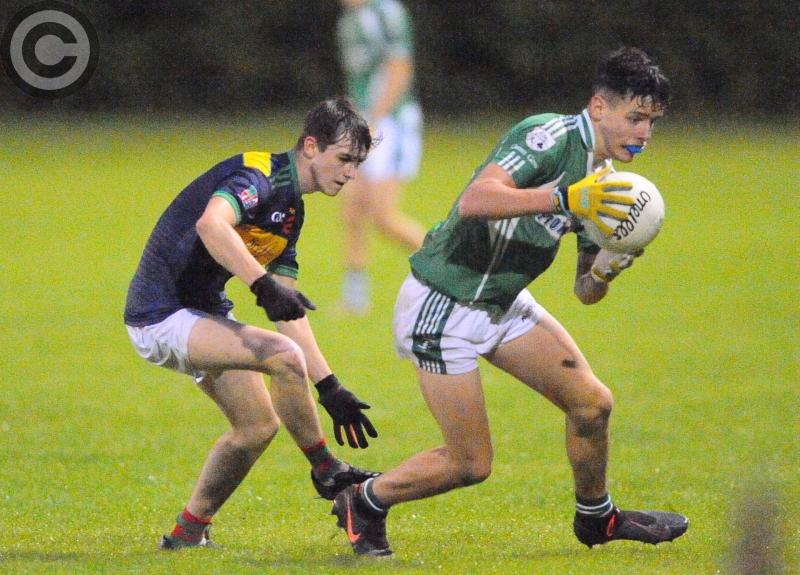 Andrew Flynn on the ball for Clonguish Og ahead of St Colmcille's opponent Gavin O'Hara. Action from the MFC 'B' Final at the Monaduff grounds on Wednesday night Picture: Declan Gilmore

An inspirational display from Jack Duggan, who fired over eight points, saw Clonguish claim the Minor ‘B’ Football Championship title with a convincing win over St. Colmcille’s in the final played at the wet and windy Monaduff Grounds, Drumlish on Wednesday night.

The Colmcille/Ballymore amalgamation ended the game strongly but it was too little, too late. Clonguish produced an excellent first half display to establish an unassailable 19 point lead at the break: 3-11 to 0-1.

Midfielder Duggan was a real leader but it was a strong overall performance from Clonguish who played some lovely football throughout the match.