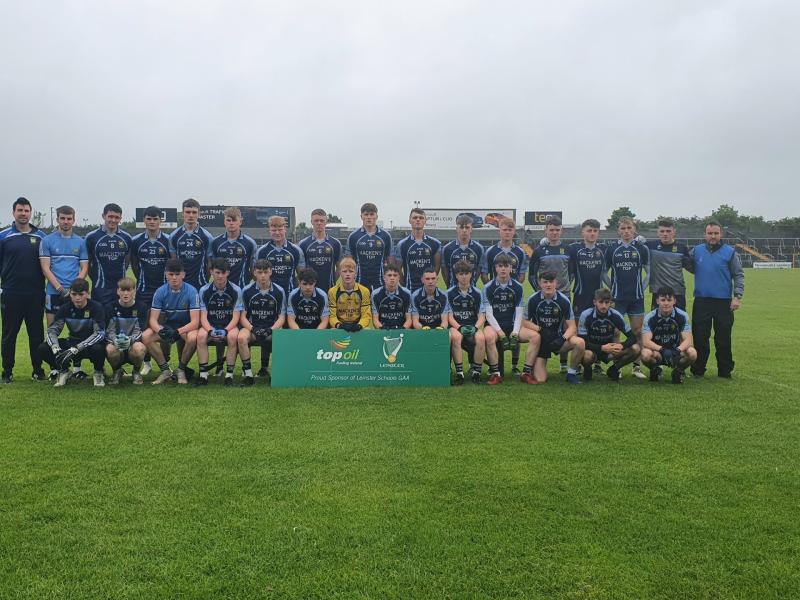 The Cnoc Mhuire, Granard squad pictured prior to throw-in

It was a remarkable win by Colaiste Choilm who lined out without two of their key players, the injured Kieran Dolan and Harry Plunkett and just scraped across the line after being in complete control when a stunning Sean Courtney goal pout them a whopping nine points clear, 4-4 to 0-7 ahead with just seven minutes left.

However, instead of coasting home, they got caught in possession, made a couple of mistakes and goals from Cnoc Mhuire's Mark Cunningham and Cormac Brady brought it back to a one score game with it drifting into injury time.

Cnoc Mhuire threatened an equalising goal but Colaiste Choilm dug deep and a closing free from Sean Courtney five minutes into injury time gave them a four point cushion. Overall, however, it was a superbly professional display by the winners with their work rate and willingness to put the body on the line shining like a beacon.

Colaiste Choilm did very well to lead by 2-3 to 0-5 at half time as they showed great character to get going after a sluggish start when playing against the wind.

Cnoc Mhuire were the better side early on, taking control after Sean Courtney missed a good early goal chance for the Tullamore school. They were 0-2 to no score ahead when Luke Egan got a crucial 11th minute goal for Colaiste Choilm, striking his second attempt to the net. Granard missed a great chance of regaining the lead when they were awarded a 14th minute penalty after Micheal Hynes was pulled back by Oisin Keenan-Martin but his strike went wide at the right post.

Colaiste Choilm improved as the half went on with Jack Bryant converting frees and they got a decisive second goal in injury time when Cathal Ryan's shot from distance found its way to the net. With the wind to come, Colaiste Choilm were in a strong position at the break.

The second half started in a welter of excitement with a desperate block denying Granard a goal while Colaiste Choilm had a chance at the other end and then their goalkeeper Anthony Lambe made a great save to deny Micheal Hynes – the ball found its way back to Cormac Brady who pointed to reduce it to two points, 2-3 to 0-7.

Just as Cnoc Mhuire were getting on top, Colaiste Choilm got their third goal with sub Michael Fox finishing superbly in the 40th minute to put them in the driving seat. There was a tight few mintues before a stunning 53rd minute goal from Sean Courtney put the winners 4-4 to 0-7 ahead and seemingly out of sight before that dramatic late rally.

* See full report in the Longford Leader on Wednesday. 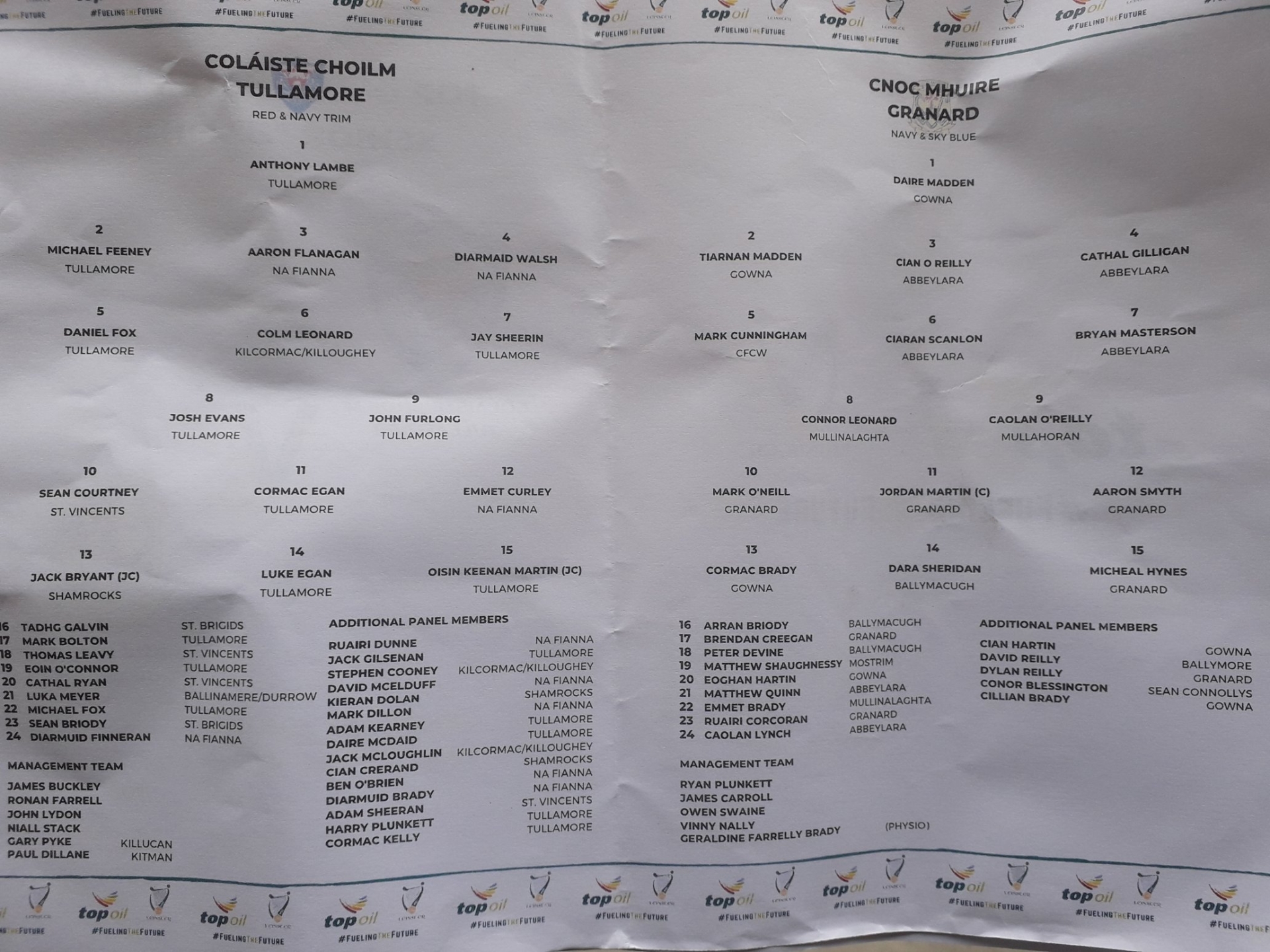