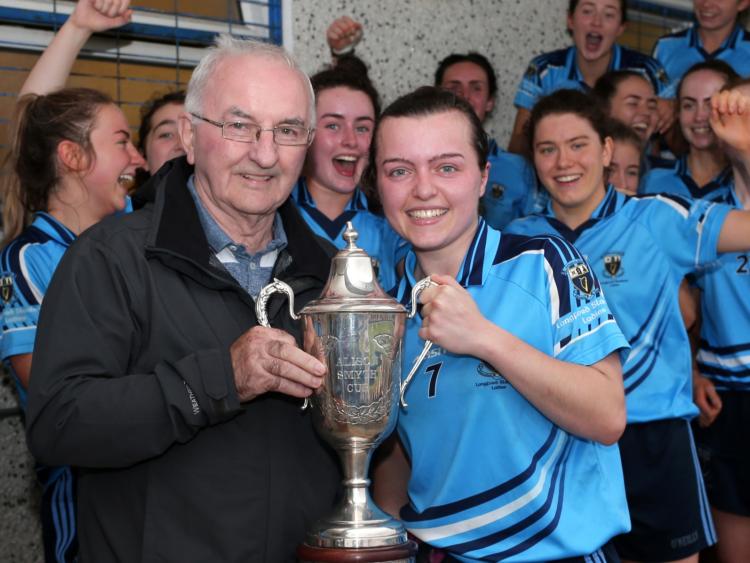 Longford LGFA Chairperson Declan Fox drew the teams for each competition with some very interesting games down for decision this year. Reigning county champions Longford Slashers and beaten finalists last year Clonguish are separated this year in the round series part of the senior championship as the two seeded teams. The senior groupings were drawn are as follows.

Group 2: Last year’s county finalists Clonguish are joined by 2016 county champions Killoe and 2015 Intermediate champions Mostrim as well as the amalgamation of Forgney/Ballymahon/Killashee who are in their third year amalgamated as a senior team.

All teams play three games in the group stages and as in group 1 all teams will progress to round 4 the quarter-finals of this year’s senior competition.

In the Droplink Intermediate championship there are three teams competing this year, the vastly experienced St Helens Drumlish, last year’s Junior champions Colmcille and beaten Intermediate finalists for the past two years Ballymore all in one group.

In this group each team will play each other home and away. The two teams with the highest points at the end of the group stages will contest this year’s Droplink Intermediate final. First round games will be played on 05.08.'20 as follows, Colmcille (H) v Ballymore, St. Helen's A BYE. The Droplink Intermediate ladies championship final will take place on Saturday 12th September 2020.

In the Droplink Junior championship again we have three teams competing in a single group competition as follows, Carrickedmond 2 who this year are entering a second string junior team in the junior championship for the first time. Mullinalghta who have contested the Longford junior final for the past two years and will be hoping for third time lucky to lift the cup and Rathcline who last won championship honours at Intermediate level in 2013 and will also be hoping to make a return back up to Intermediate football after a long absence.

Please note all games are subject to change and dependant on the COVID-19 situation.

Best of luck to all clubs competing in this year’s summer championships, as we look forward to a very different, interesting and exciting Droplink Longford Ladies championship season.

Following all the bad news in relation to the coronavirus since March last, finally some good news for Longford LGFA was announced at the monthly county board meeting.

Chairperson Declan Fox announced that Longford LGFA had secured a sponsor for this year’s junior, Intermediate and senior championships.

Droplink a leading warehousing, distribution and freight company located in Ballymahon have agreed to come on board and sponsor this year’s championship competitions. The 2020 Longford ladies championships will now be known as “The Droplink Longford Ladies Championships.”

This is indeed great news for the ladies game in our county and Longford LGFA are very grateful to John & Olive company directors and all involved with this progressive company for their generous sponsorship.

Longford LGFA will launch their 2020 Droplink Longford Senior, Intermediate and Junior championships in Pearse Park this Friday evening 17th July at 8pm. Each ladies club in Longford are invited to have one player in her club colours attend this championship launch.

Unfortunately due to the ongoing coronavirus the launch will be held in line with COVID-19 guidelines with all in attendance respecting the two metre rule. Thanks to Peter O'Reilly and Pearse Park for the use of GAA headquarters for our launch.