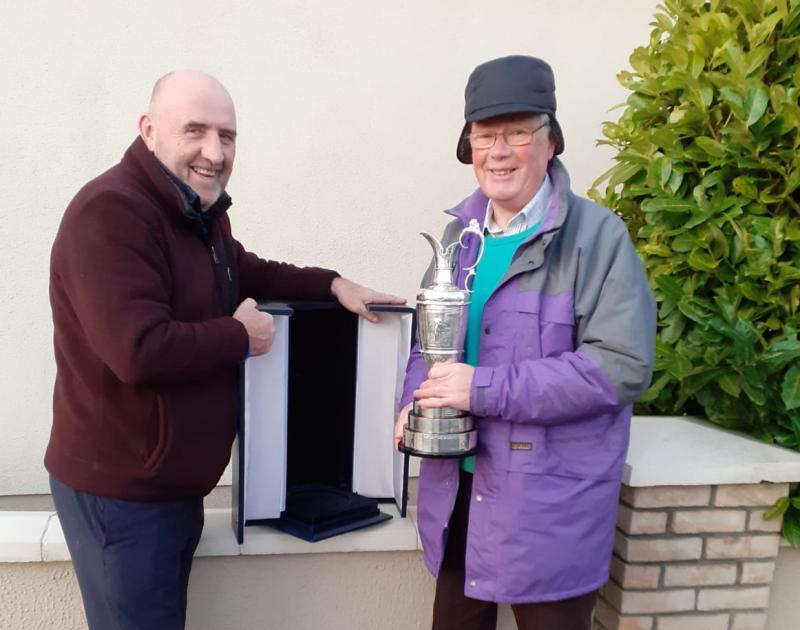 Brendan brought the Claret Jug to the game in the hope that Offaly would win the O'Byrne Cup but Longford spoiled the party.

Having said that, it was a nice gesture by Lowry senior to share the moment with a very happy Longford fan who has followed his county all over the country down through the years and let us not forget that Clondra native Jackie is also a keen golfer.