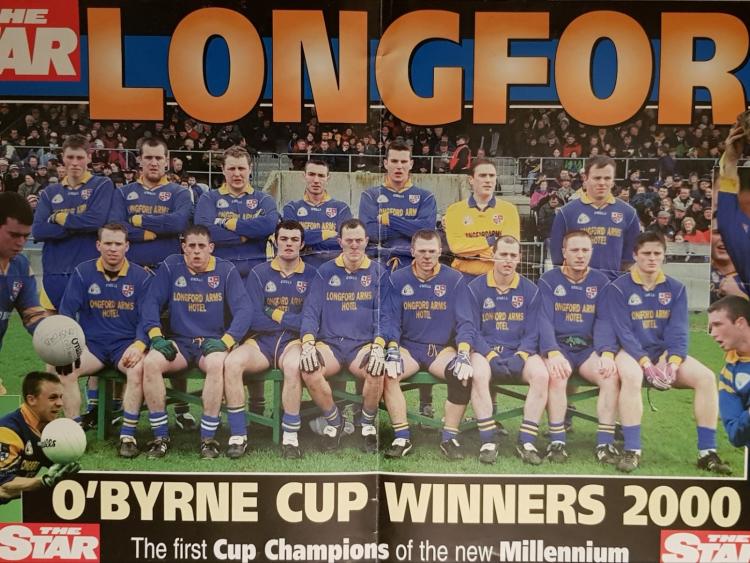 The last occasion Longford savoured O’Byrne Cup senior football glory was on Sunday, February 6, 2000 when they defeated neighbours Westmeath by 2-6 to 0-7 before an attendance of almost 10,000 at Cusack Park, Mullingar.

Also read: Manager Padraic Davis says Longford will ‘give it their best shot’ against Offaly in O’Byrne Cup Final

‘Happy days are here again’ and ‘Back from the wilderness’ proclaimed the headlines on the Leader the following Wednesday morning as acting captain Cathal Conefrey became the first Longford man since Vincent Daly, captain of the 1968 Leinster Championship winning side, to accept a Leinster trophy.

Niall Sheridan’s 10th minute goal ensured Longford led by 1-4 to 0-1 at the interval. Westmeath gradually battled back into contention and after 60 minutes they were just two points adrift, 0-6 to 1-5.

Longford, taking confidence from their previous victories in the tournament, dug deep and they spiritedly quelled their opponents fightback with a magnificent 64th minute Paul Barden point - the Clonguish star profiting from the excellent approach play of Liam Keenan and Padraic Davis.

With momentum now favouring them, Longford put the icing on the cake as Trevor Smullen guided a dipping 69th minute shot to the onion bag and sealed a first O’Byrne Cup title since 1965.

Also read: Local stars honoured at Longford GAA Team of the Championship and player of the year awards

Best of luck to the Longford team tomorrow in Tullamore.Hopefully it's a good omen that 4 members of the management team @PadraicDavis, @gavintonra ,Paul Barden, & Donal Ledwith played on the last winning O' Byrne Cup team pic.twitter.com/WVCmmqf3i5