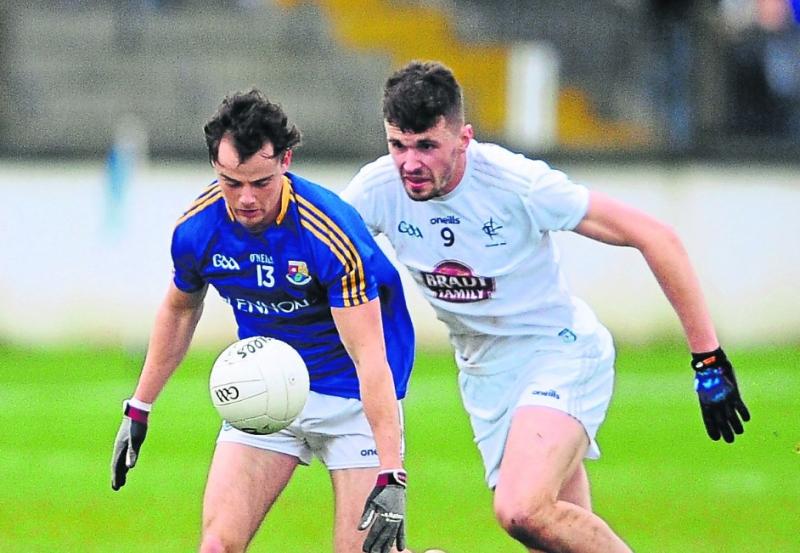 Rian Brady pictured in action for Longford against Kildare in the 2020 O'Byrne Cup opening round game at St Conleth's Park in Newbridge on the first Saturday in December Picture: Declan Gilmore

The curious case of the never ending GAA season continues in Aughrim this Saturday for what can only be described as a meaningless match in the group stage of the O’Byrne Cup, throw-in 2pm.

With Longford already through to the semi-final of the Leinster senior football tournament after beating both Kildare and Carlow, it will be interesting to see what sort of team the manager Padraic Davis and his selectors Paul Barden and Donal Ledwith will field.

There is absolutely nothing at stake in what is basically a challenge game with Wicklow out of contention after losing their previous two fixtures against Carlow and Kildare.

Having said that, it is another opportunity for the Longford mentors to experiment and the players who feature in Aughrim will be anxious to keep the winning run going.

The momentum is important to a team in transition with the introduction of a number of promising young lads and the reward for reaching the O’Byrne Cup semi-final is a crack against the All-Ireland champions Dublin at Glennon Brothers Pearse Park on Saturday week, 11 January.

But the priority is the National League and a winning start at home to Louth in the opening Division 3 fixture on Sunday 26 January.

It is a serious commitment for the players in the current Longford squad who deserve a lot of credit for their contribution to the cause.

Spare a thought, in particular, for Killoe’s Michael Quinn who rarely got a break in 2019 between club and county with November the only month in which he was not involved in a competitive football fixture.

At least there was significant great reward with Emmet Og winning the senior championship title. While the mighty Quinn also takes great pride in wearing the county jersey, it must be said that the GAA season needs to be shortened in the interest of player welfare.

Competing in a couple of O’Byrne Cup games in December is far from the ideal situation and something needs to be done to ease the general fixtures congestion.