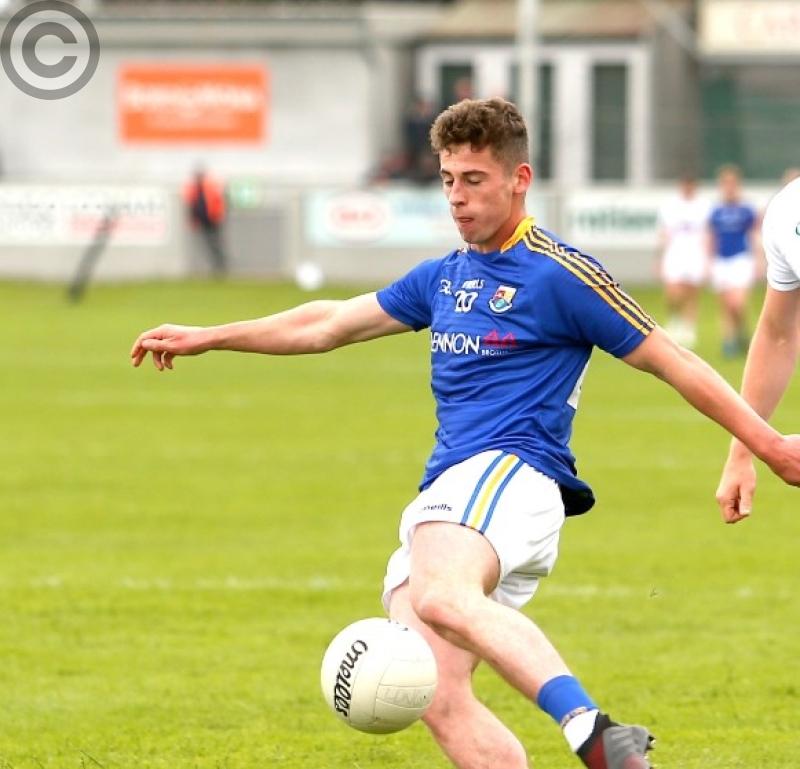 Dromard player Joe Hagan, who scored 1-3 for Longford in the O'Byrne Cup Round 1 game against Kildare in Newbridge on Saturday

Fielding a few promising young players in the first round of the O’Byrne Cup senior football tournament, Longford started the 2020 season with a fine win over Kildare at St Conleth’s Park in Newbridge on Saturday.

This fixture attracted bigger interest than usual as it was the first competitive game in charge for new Kildare manager Jack O’Connor and the former Kerry supremo selected a very experimental team minus the injured Daniel Flynn who has returned to the squad.

Next up for a pleased Longford boss Padraic Davis and his players in the O’Byrne Cup is the clash against Carlow at Glennon Brothers Pearse Park on Sunday next (2pm) as the build up continues to the National League opener at home to Louth on January 26.

Andrew Farrell, Gerald Flynn, Darren Gallagher and Daniel Mimnagh were excellent in what was a very good team performance with Davis giving a number of players their opportunity to impress and they did.

In a tight first half the sides were level on three different occasions. It was Kildare who registered the first score; a pointed free from Neil Flynn.

Longford took the lead for the first time in the 10th minute with a neat point from Joe Hagan. They enjoyed possession but failed to put scores on the board with Kildare levelling matters in the 13th minute.

Neil Flynn kicked over two frees either side of a nice Darren Gallagher point to keep the Lilywhites just in front. In the 21st minute Longford scored a crucial goal; a quick free taken by Kildare keeper Mark Donnellan went straight to Kevin Diffley who played the ball to Hagan and he made no mistake to find the back of the net.

Daniel Mimnagh followed up with a fisted effort to put Longford ahead by three in the 25th minute. Kildare had cut the gap to one by the 34th minute but Longford ended the first half with a free converted by Gallagher and a fine point from Hagan to lead by 1-8 to 0-8 at the break.

Another pointed free from Neil Flynn immediately on the changeover was cancelled out by a Kevin Diffley score. That was followed by another free from Darren Gallagher to put Longford ahead by four in the 39th minute.

Kildare closed the gap to just a point by the 58th minute but credit to Longford they upped their game in the final 10 minutes. Peter Lynn scored two points (one free) to leave the goal between the sides.

Paddy Brophy and Rian Brady exchanged frees before Daniel Mimnagh sealed the win for Longford with a late goal in the 70th minute.