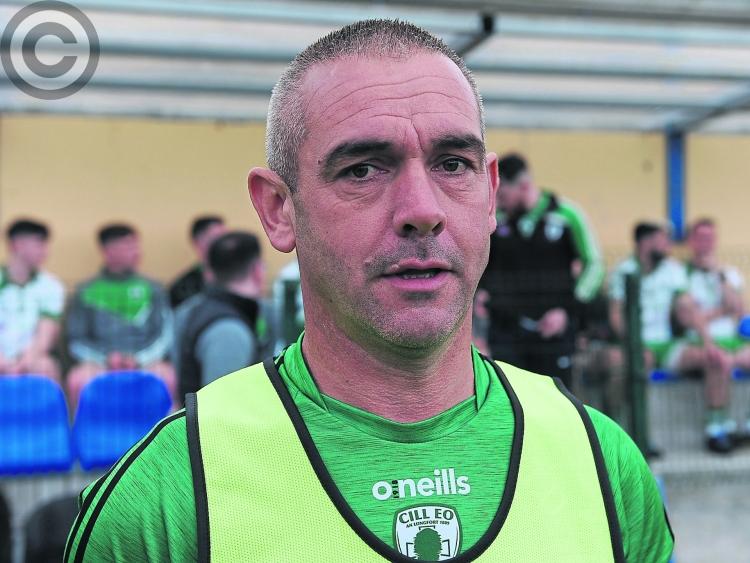 Killoe Emmet Og manager Tommy Donohoe said his side hope to emulate Mullinalaghta’s success in the Leinster Club Championship as they prepare for a first round clash against Garrycastle in Mullingar on Sunday, throw-in 1.30pm.

Last year Mullinalaghta became the first Longford club to win a provincial title and it’s something that has given Killoe belief.

Donohoe stated: “We are taking heart from Mullinalaghta. If they can go and do it, what’s to say that we can’t. There is that little bit of hope there with the success of Mullinalaghta.”

Garrycastle were crowned Westmeath champions after coming from 8 points down to defeat St Loman’s Mullingar and Donohoe was an interested spectator at the final.

“It was an amazing game. In the first half we thought we were going to be playing St Loman’s; I couldn’t see them losing. It was all St Loman’s. Then we were watching Garrycastle. It was such a crazy game. It was Garrycastle’s work-rate that got them across the line. They were all brilliant.”

The Killoe manager is well aware of the threat that Garrycastle will pose for his side and he and his players are firmly focused on the Westmeath champions.

“When you win the Connolly Cup you have to park it, there is always the next step. Your football is not over. We have the players. Garrycastle away is a big game for us. We are looking forward to it and the lads are in a good mood.”

There is a close link between Garrycastle and Killoe with Dessie Dolan Snr training the Longford club to a county title back in 1988. Dessie Jnr would come to training with him. Donohoe also won a Hastings U-21 Cup in 1996 under Dolan Snr and the late Eamon Coleman.

“There is a Garrycastle connection with Dessie Dolan Snr training Killoe to win the senior championship in 1988. Young Dessie used to come up all the time with him. He is a past pupil of St Mel’s College so it will make for an interesting game.

“Both were recently in Killoe for our ‘Up for the Match’ event before the county final. Dessie Snr also trained the Longford U-21s who won the Hastings Cup in 1996 when I was part of the squad.”

The sides previously clashed in Leinster in 2014 where Garrycastle defeated Killoe and the Longford champions were aggrieved by decisions that went against them on that occasion.

Donohoe said: “There is revenge there going back to 2014 and Killoe feel they were hard done by that day. There’s that little thing in the back of their mind.”

Both sides have changes in playing personnel since 2014 and Donohoe feels that on Sunday experience will be key.

“Both teams have changed since they last played. At club football they’ll be looking for our county players. Garrycastle have James Dolan still playing for Westmeath.

“Dessie (Dolan) only played the first half in the county final but you are going to be conscious of him and what he can do. On Sunday it’ll boil down to the usual players to pull us through. That could be the telling factor.”