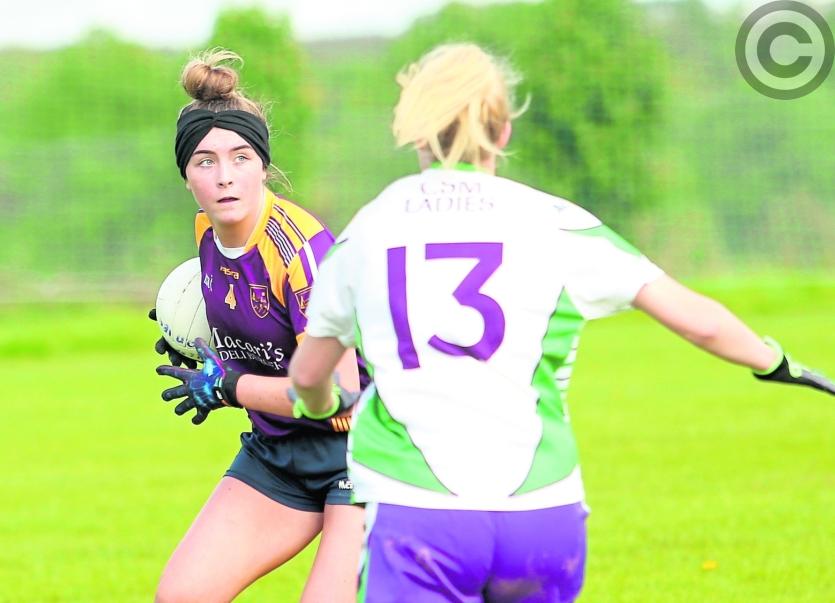 Clodagh Lohan was in superb form, scoring  six goals, as Grattans advanced to the Leinster Ladies Junior Club Championship quarter-final with 16 points to spare over Laois side Clonaslee at Moran Park, Carrickedmond on Sunday last.

Lohan scored three goals in the first half and another three in the second half and she was in unstoppable form. Grattans put in a fantastic team performance.

Grattans scored 3-8 in the first half to give themselves a seven point lead at the break. The scores continued to flow in the second half as they added another 3-8 to their most impressive tally.

Grattans made a good start to the game with Clodagh Lohan and Una Clarke hitting over early points before Lohan got her first goal in the sixth minute. Hannah Russell got Clonaslee’s first score in the eighth minute. They had to wait another 11 minutes for their next score.

In a five minute spell Grattans extended their lead to 10 points with points from Lohan (2), Petrina Carrigy and Eve Nerney. Lohan then found the back of the net again in the 15th minute.

Clonaslee replied with two points from Hannah Russell. They were quickly cancelled out when Lohan got her and her side’s third goal. Down the other end Emily Corbet grabbed a goal for Clonaslee. They got a second goal minutes later through Aoife Hyland and they trailed at the break by seven points: 3-8 to 2-4.

Grattans started the second half very well. Molly Mulvihill kicked over the opening point before Una Clarke got two points inside the first five minutes. One minute later Clodagh Lohan got in to raise the green flag for a fourth time and extend the lead to 13 points.

Hannah Russell kicked over a point for Clonaslee in the 41th minute and one minute later Aoife Hyland grabbed a third goal for the visitors but Grattans were quick to snuff out any type of fightback.

Molly Mulvihill kicked over a point and in the 44th minute Lohan was on target again scoring her fifth goal. Clarke followed up with a point as the Longford side who were so clinical in front of the posts.

Hannah Russell and Clarke exchanged points before Lohan got a sixth goal for Grattans in the 53rd minute. Russell kicked over two late points for Clonaslee while Grattans finished off a fine performance with two points from Una Clarke.

Longford senior ladies champions Slashers are in Leinster Intermediate Club action this Saturday away to the Wexford champions Shelmalier at the Hollymount GAA grounds, throw-in 4pm.