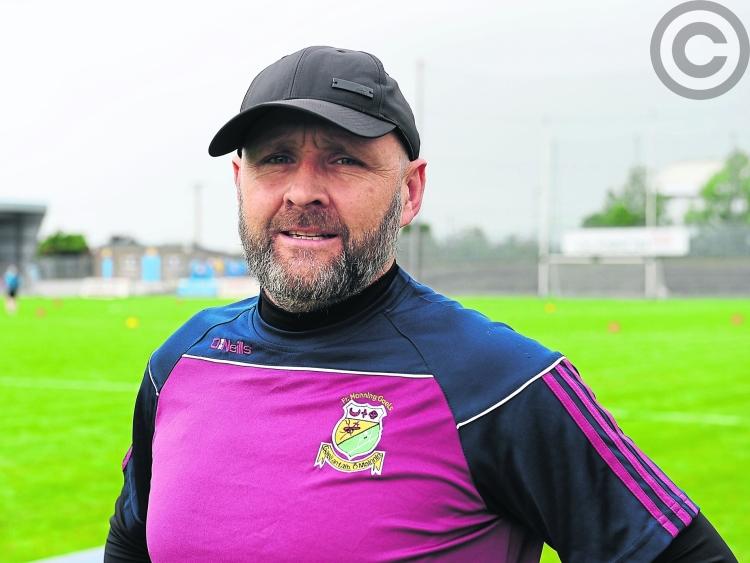 When Jack Lynn took charge of Fr Manning Gaels the club told him their aspirations and hopes for the year ahead and getting to a County Final was one of those aims.

Having achieved that Lynn and the Gaels are preparing to take on Ballymahon in the Intermediate Football Championship title decider  at Glennon Brothers Pearse Park on Sunday next.

Mostrim man Lynn said: “From the club’s point of view, they wanted to make a big impact in the Intermediate Championship. The players have put a serious effort in but sometimes you don’t get the rewards.”

Fr Manning Gaels looked impressive in the early stages as they topped their group and that was something their manager was pleased with.

“We wanted to top the group to avoid a quarter-final. The lads were focused on the Ardagh Moydow game and we were comfortable enough in it. We probably controlled it well enough and it was a good result for us.”

Lynn stated that since the start of the season the Gaels management team have wanted their side to play attacking football and they have the players that can cause problems.

“We made a conscious decision with the Gaels this year that we were going to play attacking football.

“It has kind of reflected in some of our scorelines as well; we have clocked up big scores. The lads want to play that way. We have worked on our defensive game too.”

Pauric Gill has been an important player for the Gaels in recent years but this season men like Martin and Cian Cassidy and Mark Hughes have really stepped up.

“Pauric is a very important player but we are not depending on him. You have Martin Cassidy who has been excellent along with Cian Cassidy, Mark Hughes, Conor Keenan, Emmet Noonan,” commented Lynn.

Looking at the two groups many predicted the final would be between two out of  Ardagh Moydow, Ballymahon and the Gaels and that’s exactly what has happened.

Lynn said: “There is no point saying anything different. When you looked at the two groups you would have expected two of the three to get to the final.

“Ardagh played in three county finals (two replays against Rathcline) last year and were very unlucky not to win the title.

You were looking at a team coming down from Division 1 and the Senior Championship in Ballymahon. From our own point of view the footballers are there and they got it together right this year, well so far.”

Jack knows too well the threat the south Longford club will pose.

“Ballymahon are seasoned campaigners, an experienced team. We are a younger outfit and we have given a lot of young lads a chance this year. It will be interesting.

“People might have expected Ardagh Moydow to come through after being in the final last year but every year is different. Make no mistake about it, we are facing a very tough task against Ballymahon.”