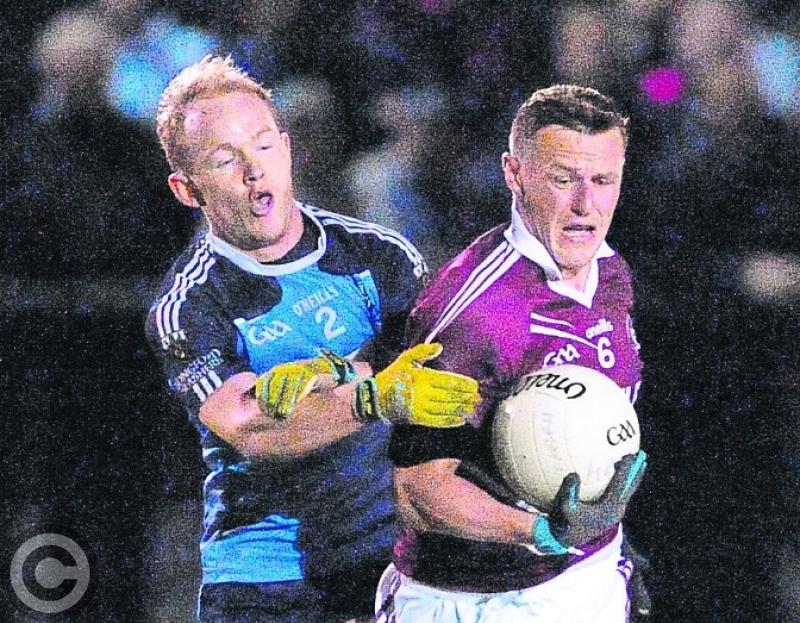 Kenagh booked their place in the Junior Championship decider with a very easy win over Longford Slashers in the one-sided semi-final clash at Pairc Chiarain, Newtowncashel on Friday night last.

Having suffered the disappointment of relegation from the Intermediate Championship last year, Kenagh look on course to make an immediate return to the second tier and were far too strong for the Slashers second string.

Slashers enjoyed a period of possession in the early stages of the first half but failed to put scores on the board. Kenagh got their first goal in the sixth minute through Karl Farrell with Rory Connor getting their second just before half-time and it was a big  blow for Slashers who trailed at the break by 10 points: 2-8 to 1-1.

Superior Kenagh continued to clock up the scores in the second half while Slashers could only add a point to their tally.

It was Slashers who got the opening score of the game through Daniel Kirby. Rory Connor replied for Kenagh before Karl Farrell scored their goal after receiving the ball from Sean Canavan.

Further scores from Thomas McGann, Connor and Shane Farrell put six between the sides by the 20th minute. Three minutes later Slashers keeper Daniel Doherty denied Canavan a goal with a good save. From the kick-out Karl Farrell scored a point.

The lead was nine points in the 26th minute but having gone so long without a score Slashers got a goal in the 27th minute through Mark Smith. McGann then converted a free and in the third minute of first half stoppage time Rory Connor got Kenagh’s second goal.

There was no way back for Slashers with Connor hitting over two excellent points at the start of the second half before McGann landed a terrific score to extend the lead to a very commanding 15 points. In the 38th minute Kenagh got their third goal when Ian Farrell fisted the ball to the net.

Soon after Connor fired over another great point as Kenagh were ruthless in attack.  Ronan Hughes kicked over a fantastic point in the 50th minute and Slashers got their only score in the second half in the 52nd minute when Philip Dobson played a fine pass to Mark Smith and he fired the ball over the bar.

Kenagh then got a fourth goal through Karl Farrell with substitute Leigh Ross Gill hitting over a neat point.

In the first minute of stoppage time substitute Brian O’Boyle was fouled and a penalty was awarded. Boyle stepped up and made no mistake for the fifth goal in this very impressive victory as the junior title favourites Kenagh advanced to meet Killoe in the county final on Sunday 29 September.