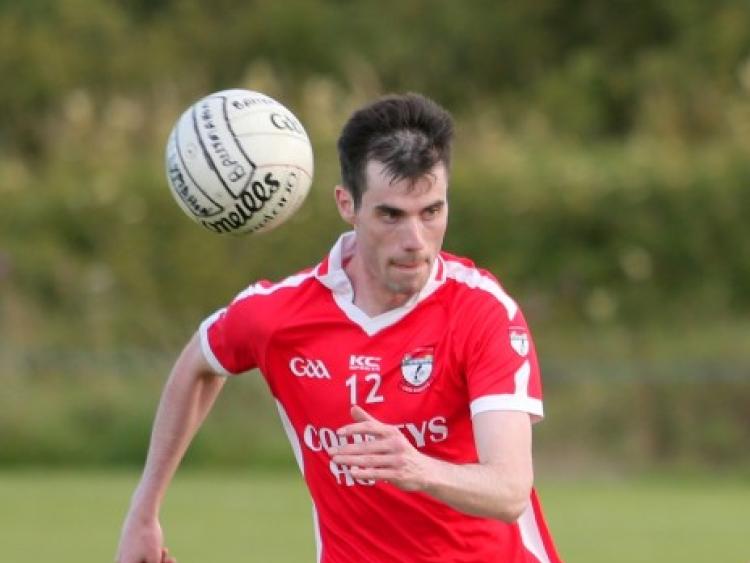 Thomas Mulvihill, who scored 1-1 for Ballymahon in the draw against Ardagh Moydow.

A last gasp goal from Daryl Carrigy in the second minute of stoppage time saved Ardagh Moydow as they snatched a fortunate draw against Ballymahon in a dramatic finish to the Intermediate Football Championship semi-final at Glennon Brothers Pearse Park on Saturday evening.

Ardagh Moydow looked in complete control after producing a very impressive performance in the first half to establish a commanding 1-10 to 1-3 lead at the break but revitalised Ballymahon staged a great recovery on the changeover.

Ten points in a row, six from their chief marksman Mark Connor (five frees), looked to have won the match for Ballymahon but Ardagh Moydow were thrown a lifeline with time almost up when the alert Carrigy pounced on the breaking ball after the opposing keeper Dean Reilly parried a dipping shot from Killian Farrell.