Longford SFC: Killoe assert superiority over Carrickedmond in the second half 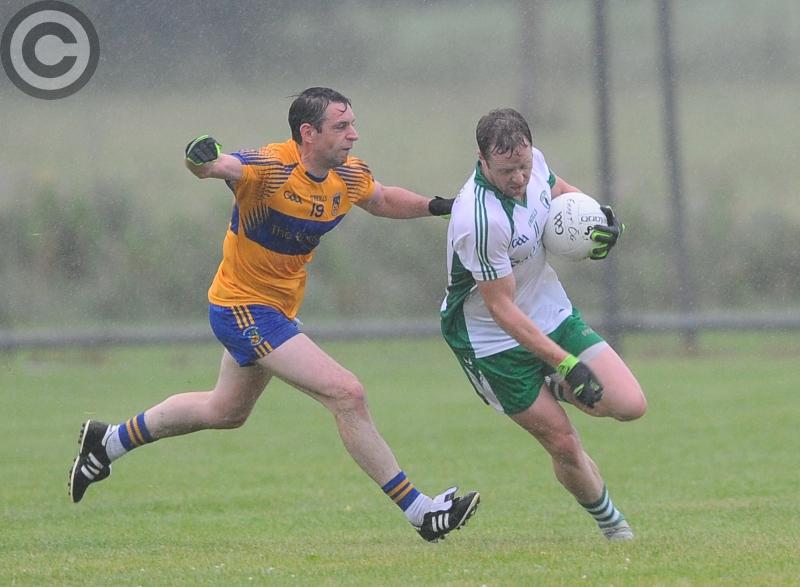 Sean McCormack on the ball for Killoe in evading the challenge of Carrickedmond opponent John Gerety. Action from the SFC Group 2 game in Ballymahon. Photo: Declan Gilmore

A crucial goal in the second half from the excellent Michael Quinn guided Killoe to victory over Carrickedmond in the Senior Football Championship Group 2 game played in terrible weather conditions at Leo Casey Park in Ballymahon on Sunday evening.

Quinn made no mistake in shooting to the net in the 43rd minute to give Emmet Og a one point lead after they trailed by 0-8 to 0-5 at half-time. They went on to win by the comfortable margin of seven points in the finish with Padraig McCormack sent-off deep into stoppage time for a second yellow card.

Killoe, who are missing a number of players, had to grind out this opening round victory with Quinn a real driving force in getting his side past the challenge of Carrickedmond.