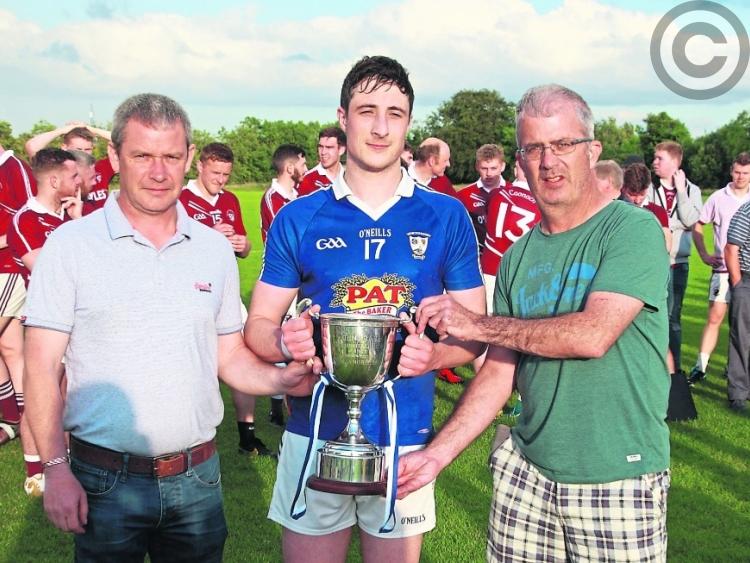 It was a deserved win for Granard who played some good football throughout. Both sides finished the contest with 14 men after Ben Martin (St Mary's) and Shane Doyle (Kenagh) received second yellow cards in the closing stages of the second half.

There was a real purpose about Granard from early on and they made a fine start with Thomas Gallagher, Fergus Kelly and Ben Martin (‘45) kicking over points inside the opening seven minutes, 0-3 to nil.

Kenagh got back into contention with a goal from Lee Ross Gill one minute later and a point from Shane Doyle gave them a one point advantage, 1-1 to 0-3, in the ninth minute. That was the only occasion Kenagh were to lead.

A great score from the sideline by Conor Mallon in the 11th minute drew Granard level and minutes later a Martin pointed free edged them back in front, 0-5 to 1-1.

Mallon hit over a free before Tully scored a neat point to give Granard a three point cushion, 0-7 to 1-1, by the 23rd minute.

Granard, who had two first half goals disallowed, continued to dominate with Paul Smyth firing over a point just before the break to put four between the sides: 0-8 to 1-1.

Rory Connor kicked over a free in the early minutes of the second half, 1-2 to 0-8. The game was then held up for a number of minutes due to an injury to Kenagh defender Brian O’Boyle.

When the game resumed Granard substitute James Kiernan fired over a point. Thomas Gallagher kicked over his second of the game to extend Granard’s lead to five points, 0-10 to 1-2, in the 39th minute.

Despite being a man down Kenagh hauled themselves back in the game. A free from the boot of Rory Connor brought them to within two points, 1-5 to 0-10, of Granard in the 53rd minute.

And two minutes later Connor was on target again to close the gap to just one point. Kenagh though, no matter how hard they tried, couldn’t get that equalising score.

In the 60th minute Granard got a goal when Mark Tully set up Ben Martin and he raised the green flag, 1-10 to 1-6. Minutes later Martin was sent off after he picked up a second yellow card.

In the third minute of stoppage time Thomas McGann kicked over a point for Kenagh but they were unable to cut the deficit further as Granard held on for the win.