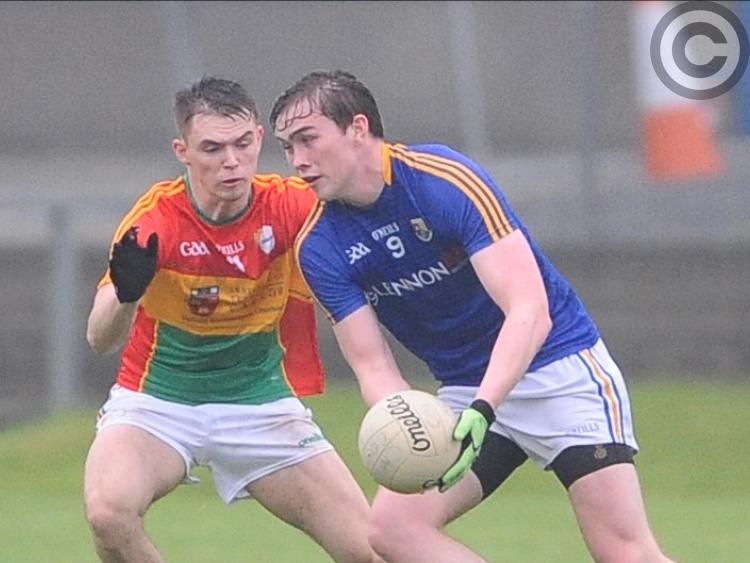 The Longford junior footballers, under the guidance of senior manager Padraic Davis, cruised to a comfortable win over Carlow in the Leinster championship first round clash at a near deserted Glennon Brothers Pearse Park on Wednesday evening.

Playing with the advantage of the wind in the wet conditions, Longford dominated the first half to establish a commanding 0-7 to 0-0 lead at the break with the points coming from Joe O’Brien (3), wing back Kevin Gilmore (2), Nigel Rabbitte and Iarla O’Sullivan.

Carlow, to their credit, made a bright start to the second half with a brace of scores from Colm Hulton and squandered a few other chances in their bid to close the gap.

Back came Longford with a point from substitute Pauric Gill in the 39th minute and two more scores followed from Nigel Rabbitte (free) and Joe O’Brien to consolidate their grip on the game.

Frees were then exchanged between Hulton and Rabbitte before Conor Reynolds grabbed a consolation goal for Carlow in the 57th minute.

Longford brought the scoring to a close with a further point apiece from O’Brien and Rabbitte (free) and now meet Kildare in the Leinster junior semi-final in Newbridge on Wednesday evening next, June 5.