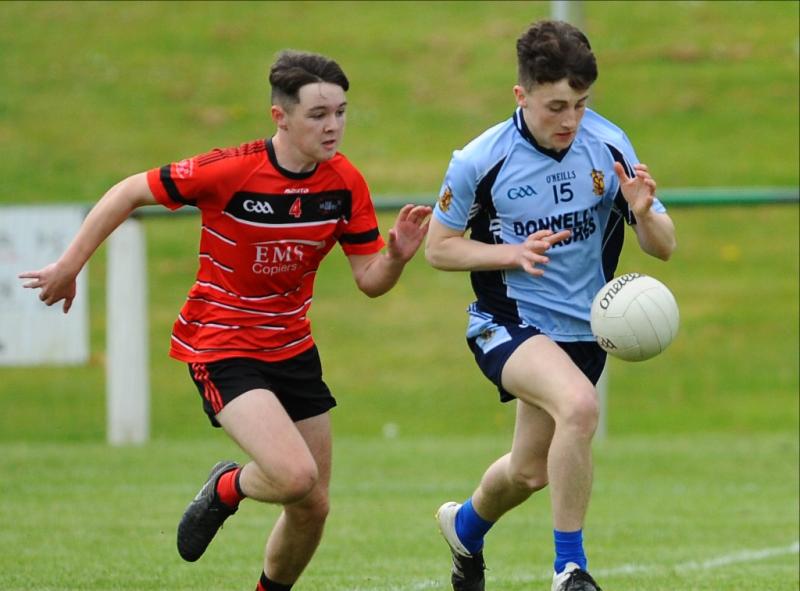 Micheal Hynes on the attack for Cnoc Mhuire Granard against Portlaoise CBS in the Leinster Post-Primary Schools U-16 'C' Football Final in Ferbane on Friday Pic: Declan Gilmore

Hynes was clinical in the attack in producing an outstanding performance with a total of 4-3 to his credit. His first goal came in the 10th minute with his fourth and final one sealing the win for Cnoc Mhuire in the second minute of stoppage time.

It was a fine team effort from the Granard school who led by 2-5 to 0-8 at the break. Ryan Plunkett’s side had the better players and that proved to be the difference in the end.