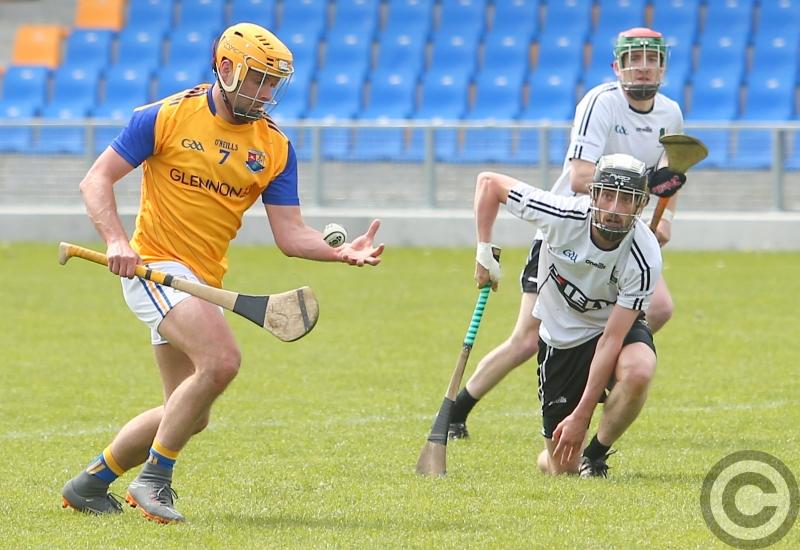 Bart Hanley pictured in action for the Longford hurlers against Warwickshire in the Nicky Rackard Cup Round 1 game at Glennon Brothers Pearse Park. Photo: Syl Healy

The Longford senior hurlers were made rue not making the best use of the scoring chances they created in the narrow defeat against Warwickshire in the Nicky Rackard Cup first round game at Glennon Brothers Pearse Park on Sunday.

Longford were also guilty of making a number of costly mistakes which Warwickshire duly punished. Too many times the home side gave away the ball cheaply and the visitors from England eventually came out on top by three points in the finish.

The pressure is now on Derek Frehill’s side who must win away to Monaghan in Inniskeen on Saturday next to keep their championship hopes alive with the remaining group fixture at home to Armagh on Saturday June 1.

After taking an early lead Longford trailed at the break by four points (1-8 to 1-4) but closed the gap to just one going into the final 10 minutes. They failed to get scores when they had possession and Warwickshire then hit over four points in a row to settle the issue.

The Birmingham based exiles now held a comfortable five points lead in the 70th minute and while Longford replied with a couple of late scores in stoppage time it was too late to salvage the situation.