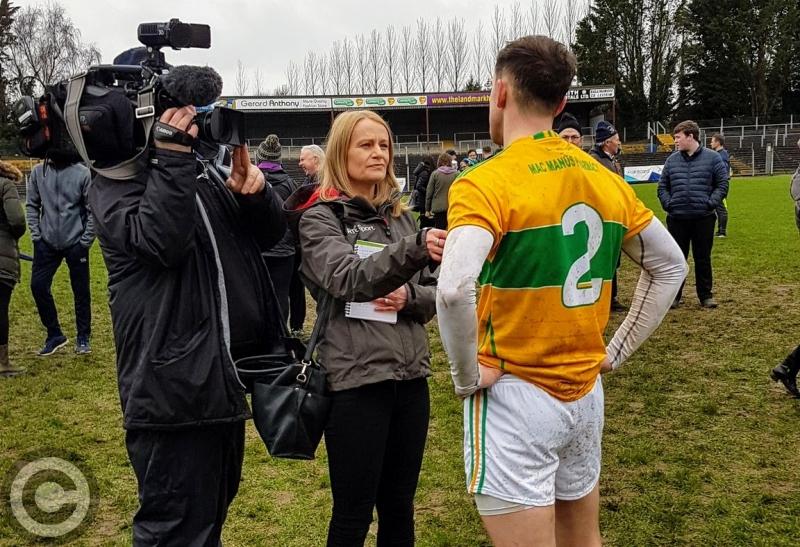 Leitrim footballers secured promotion to Division 3 of the 2019 Allianz National Football League after a hard fought and nervous victory over a determined London in Avantcard Pairc Sean Mac Diarmada on Sunday evening.

After 11 seasons in the GAA's basement division, Terry Hyland's troops made sure of promotion at the very first opportunity when seeing off a London team that caused them enormous problems but lacked a killer edge.

It was not pretty, or even enjoyable, for a sizeable Leitrim crowd in Carrick but few will remember the desperate quality of the football on show in the years to come as the Green & Gold secured their first promotion on the field of play since 1990 when Leitrim defeated Wicklow in a Division 4 playoff to win promotion.

This was, easily, Leitrim's least impressive display of the year but their first score, a goal from Shane Quinn after 22 minutes was the key score of the game as it settled an increasingly frustrated home team and put them into a lead that they never relinquished.

London had two points on the board inside the first seven minutes from Conor Doran and Liam Gavaghan frees but it was the three missed frees in a row from Leitrim that had an eerily quiet Green & Gold fanbase worried in the first half. Quinn's goal, out of nothing after good work from Pearce Dolan, settled Leitrim and it showed.

Ryan O'Rourke hit two points, one from a free, Gary Plunkett scored a wonder effort and Evan Sweeney fisted over after Pierce McGirr and Gavaghan hit points for the Exiles, leaving Leitrim with a 1-4 to 0-4 halftime lead.

The second half was a tough watch with Domhnaill Flynn's third minute point the only score registered by either side in the first 15 minutes. Aidan Flynn added a second 13 minutes after his namesake as Leitrim started to put daylight between the teams.

Liam Gavaghan kept London worryingly in touch with frees but with the Exiles showing no real attacking threat, Leitrim never looked like losing this game. It was just that they never looked like playing with the verve and incision that marked their earlier games.

Ray Mulvey chipped over from the wings with five minutes of added time left and he added a second that could have been a goal in injury time when Eoin Ward's shot came off the post and he volleyed over with a goal on.

London got the final score through sub Fergal McMahon but the tension of the 75 plus minutes evaporated when referee Liam Devaney of Mayo blew his long whistle, sending hundreds of Leitrim fans onto the field to celebrate with their heroes.