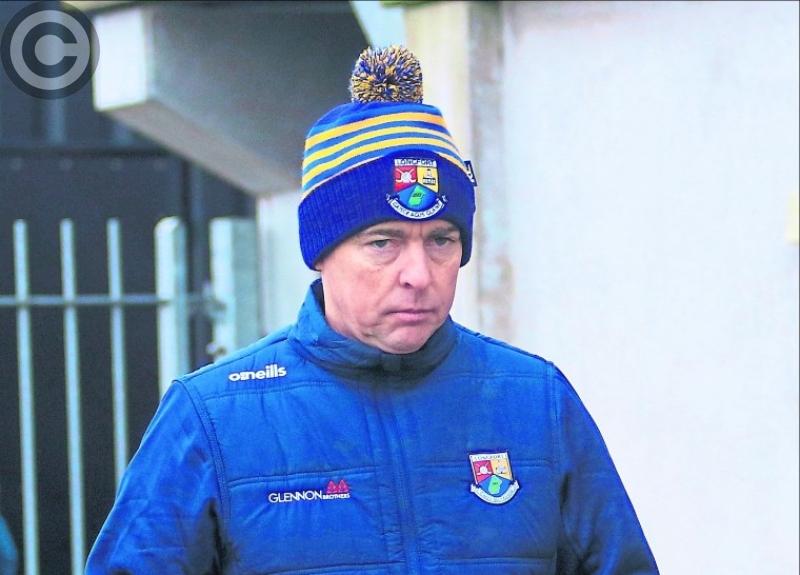 Longford’s dismal record at O’Moore Park continued on Saturday evening as two late points clinched the win for Laois to keep their promotion hopes alive in Division 3 of the National Football League.

It was a poor second half performance from Longford who were at one stage two points up but began to play defensive and invited Laois on to them which the home side duly relished and punished.

In a tight first half it was Longford who opened the scoring with a neat point from James McGivney in the fourth minute. A free from Evan O’Carroll drew Laois level in the fifth minute. A fine point from Ross Munnelly in the ninth minute gave the home side the lead.

An excellent point from Darren Gallagher in the 11th minute was cancelled out by a point from John O’Loughlin as Laois kept their lead. Longford were caught overplaying the ball a few times which Laois punished twice.

Liam Connerton and Conor Boyle traded points before a wonderful Darragh Doherty point from a tight angle levelled for Longford in the 18th minute. Conor Berry was involved in the build-up to Doherty’s point and got injured. It was a big blow for Longford because he was holding the ball up well for Connerton and Doherty.

Aided with a strong wind Laois went two points up in the 22nd minute with points from Evan O’Carroll and Donie Kingston from a mark. Credit to Longford they dug in deep and with their full-back line resolute they kept the Laois forwards out.

Points from Liam Connerton and substitute Mark Hughes Hughes brought Longford level by the 24th minute. Darren Gallagher made a burst through in the 26th minute and played the ball to Ronan McEntire but his effort was blocked down and Laois were able to clear the danger.

Gallagher kicked over another terrific point minutes later and he put Longford two up in the 30th minute, firing over a free after Doherty was fouled. A great Ross Munnelly point just before the break cut Longford’s lead to one, 0-8 to 0-7.

Within 20 seconds of the start of the second half Munnelly levelled for Laois. Longford replied with a free from Darren Gallagher and a nice Mark Hughes point to go two up; Hughes was  through on goal but opted to shoot over the bar.

Both keepers were called into action in the space of three minutes with Graham Brody denying Darragh Doherty and then Paddy Collum pushed Ross Munnelly’s effort out for a ‘45. Minutes later Barry O’Farrell got a deft touch to Martin Scully’s shot to deflect it out.

As the clock ticked down Laois grew in confidence. Evan O’Carroll edged them in front in the 63rd minute. Longford couldn’t get a hold on possession and opted to stand off their men. In the 68th minute substitute Joe Hagan was black carded and in stoppage time a point from Eoin Lowry sealed the vital win for Laois.