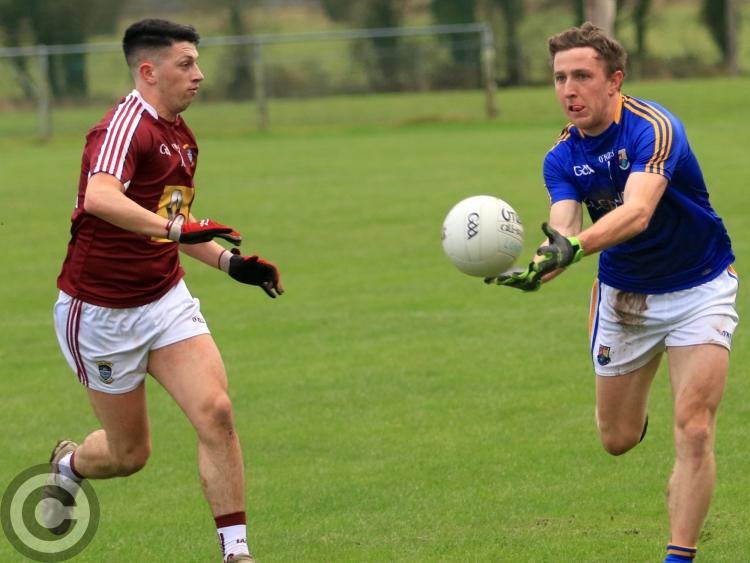 While the general opinion is that Longford are facing a tough battle in Division 3 of the National League this season without the Mullinalaghta players and a number of other regulars, the pressure will be eased considerably if they manage to make a winning start against Louth in Drogheda this Sunday, throw-in 2.30pm.

Consolidating the Division 3 status in such a competitive league is the priority for new manager Padraic Davis and his selectors Paul Barden and Donal Ledwith but the confidence factor suffered a blow in the heavy defeat away to Westmeath in the recent O’Byrne Cup semi-final.

Before that disappointing setback the new-look Longford squad had shown promise in the wins over Wicklow and understrength Meath in December and followed that up with another positive result in the draw against Louth at Glennon Brothers Pearse Park in early January.

That generally proved to be a ‘shadow boxing’ exercise in the pre-season tournament in view of the much more important National League clash between the counties but another close encounter is probably in prospect in the match that really matters.

While winning in Drogheda is generally a difficult task, Longford did score a comprehensive 2-15 to 1-10 triumph over Louth in Round 1 of the All-Ireland Qualifiers in June 2017 but a lot has changed since then.

Louth ended up gaining promotion that season, with a fortunate 0-11 to 0-10 victory at home to Longford in Round 2 key to their success, but they went downhill after that in a serious slump last year that resulted in relegation from Division 2.

All seven fixtures were lost as Louth crashed against Down, Cavan, Cork, Roscommon, Tipperary, Meath and Clare in finding the going far too tough in the higher grade but they will be hoping to bounce back this season under new manager Wayne Kierans.

A native of the county, Kierans had a fine achievement in guiding the Louth minors to the Leinster Championship final in 2017 when they were eventually beaten by Dublin and was in charge of the U-20s last year.

So there is a good sense of continuity there as Wayne now takes on the senior job and he knows only too well that a win over Longford is crucial to stop Louth sliding into another relegation scrap.

Burns was listed on the team that appeared in the programme but he is expected to be back in action on Sunday and is capable of posing a big threat along with other talented attackers Holcroft, Byrne and McEneaney.

So make no mistake about it the current Louth team are going to be hard beaten and particularly so with a new man in control in the bid to make an immediate impact.

Home advantage is a definite plus but Longford will be heading to Drogheda in the belief that they can bounce back from the disappointing setback in the O’Byrne Cup. The stronger Westmeath side won by the wide margin of 12 points and went on to beat the Dublin third string in the final at Parnell Park.

Just seven players that started in the 1-16 to 1-13 defeat against Kildare in Round 2 of the All-Ireland Qualifiers at Pearse Park last summer were listed on the team that were in action at The Downs GAA grounds - notably Paddy Collum, Michael Quinn, Barry McKeon, Darren Gallagher, Daniel Mimnagh, Robbie Smyth and Liam Connerton.

Andrew Farrell and Darren Quinn were brought on very late in the championship clash against Kildare and are set to start in the league opener on Sunday.

And when you include the  experienced quartet of Colm P Smyth, Barry O’Farrell, Pauric Gill and Mark Hughes into the mix there would appear to be a good chance of a win over Louth.

Smyth, O’Farrell and Hughes are returning to the county squad after an absence and with Peter Hanley and Shane Donohoe other contenders for places on the first fifteen the Longford supporters will be optimistic enough for the tricky trip to Drogheda.

Having said that, manager Padraic Davis does not need to be told that a defeat against Louth will be a bad hit for morale ahead of the home fixture against Offaly the following week.

A near to full strength Longford team would probably win those vital first two games in the league but it is a different situation now without the Mullinalaghta men, eight in total as they are allowed to focus on the forthcoming All-Ireland Club semi-final against Dr Crokes Killarney on February 16.

Injuries to Padraig McCormack, Conor Berry and Ronan McEntire are clearly a setback, along with the unavailability of the exam-tied Dessie Reynolds.

Another loss is Barry Gilleran who has decided to retire from inter-county football with Diarmuid Masterson and Sean McCormack apparently heading in the same direction.

A small county like Longford cannot afford to be without so many players and after just missing out on promotion to Division 2 in 2018 following the last gasp defeat against Fermanagh at Pearse Park, a battle to avoid relegation to Division 4 might well materialise this season.

Hopefully that will not happen and with a few promising newcomers set to get their chance in the National League the objective of staying put in Division 3 can be achieved.

Anything else will be a bonus!