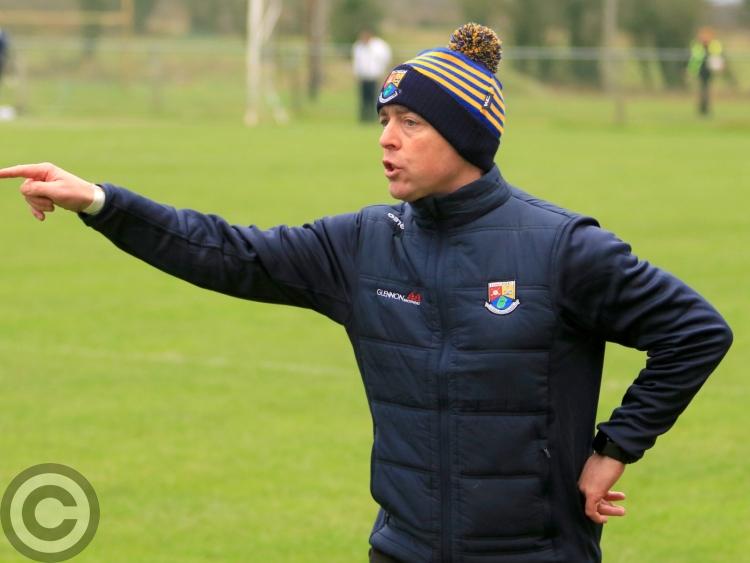 Longford manager Padraic Davis is hoping the new players in his squad will rise to the challenge when Longford take on Louth in the opening round of the Division 3 National Football League in Drogheda this Sunday, throw-in 2.30pm.

With Longford missing a large number of players from Mullinalaghta and others injured or not available, Davis will give new and fringe players their opportunity to impress in the league.

“One man’s success somewhere else is another man’s opportunity with us. I think the lads are looking at it like that.

“Any guy that has been a fringe player for the last three/four years now suddenly finds themselves with an opportunity to nail a permanent position.

“It’s great to see some of the new faces in the squad who have played very little football for Longford, even at underage. I am challenging them all the time,” stated Padraic.

Since the league fixtures were released Davis has looked no further than the opening fixture away to Louth. Even during the O’Byrne Cup run the Louth game was always in the back of his mind.

“Our full focus has always been on the Louth game. We had a heavy week before the Westmeath game.

“The intensity has stepped up and then there will be a tapering off because there has to be an element of freshness about the team. Mentally fresh is as important as physically fresh,” said the Longford manager.

The O’Byrne Cup gave Padraic Davis the opportunity to try out players in various positions. He has a lot of versatility in his side, something he finds vital at inter-county level.

“They have to show versatility. If a player is only tried in a particular position they are not given the chance of being an inter-county footballer. I think you have to adapt and be fit to give your county options.”

With Division 3 very competitive and teams evenly matched Davis is fully aware of the significance of getting a good result in the opening game.

“That first game is particularly vital as it can put you on the front foot or the back foot. Louth will be targeting the game every bit as much as we are.

“We appreciate and recognise the importance of it. We hope we can put in a big performance and that we ask questions of Louth to give ourselves a real chance.”

The Longford manager spoke of the importance of the league to counties like Longford. His ambition for this year is that his side give a good account of themselves.

“The national league is so important to most counties and we are one of those. It is now becoming the primary competition for a lot of teams.

“It gives you a gauge of where you are going year to year, the qualifiers doesn’t give us that. The league is so competitive. We just hope to produce a good performance in each game and see where that takes us.”