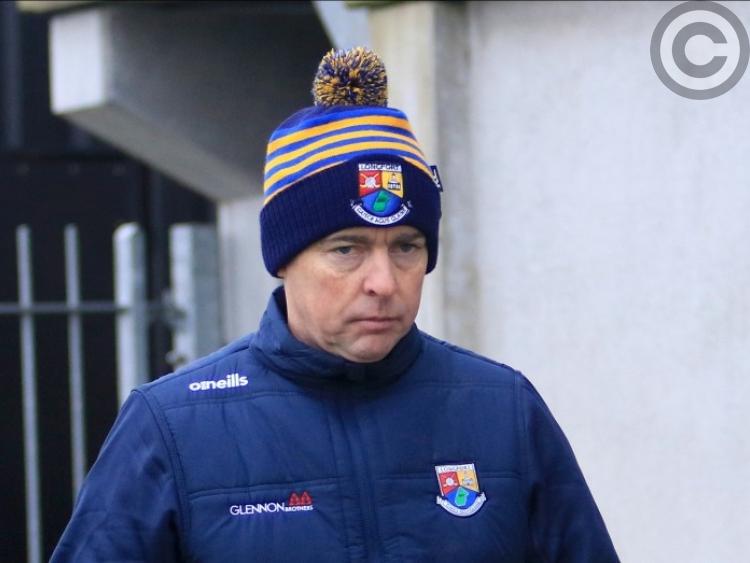 After watching his side produced a poor performance in their 12 point defeat against Westmeath in the O’Byrne Cup semi-final on Saturday last. Longford manager Padraic Davis was honest in his assessment.

Longford were sluggish throughout and only scored four points; not one from play.

Davis said: “A poor performance. We were flat for whatever reason. Yes we had a tough week of training but that said we are not going to make excuses. We missed 70% of our shots from play. It was extraordinary that we didn’t score from play.

“When you see where most of our chances were missed from it is disappointing. It is what it is. We will pick it up now for the Louth game and we will be a totally different team.”

Although obviously not  happy with the display against Westmeath,  Davis said he rather it happened on Saturday than in Longford’s first league game away to Louth.

“With a heavy defeat like this you sit down and everybody takes a look at themselves. For the next while it is all about Louth.

“We will have a lot more energy and will not be as flat. We will have a different week leading into that league game. I would rather we played poorly today than one of the most important games in the league.”

Before the game last Saturday, Longford had been doing everything right for Davis and his backroom team. He knows that the players will be as disappointed as him over the display against Westmeath.

“The lads are going to be disappointed with that performance. We are much better than that. That was one of the flattest performances we have had in terms of either a training session or games since the start of the season. It’s unfortunate for them but there are lessons to be learned.”

Davis was quick to praise his players for previous performances but they will not escape constructive criticism about Saturday’s game.

“Every lad can look at their own performance. I think Andrew Farrell and Barry O’Farrell done very well in our full-back line.”

The Longford boss has faith in his players and believes that they will definitely be a different proposition when they take on Louth in Drogheda on Sunday January 27 in their opening Division 3 league fixture.

“As far as I am concerned I am glad we got that out of our system. I am confident that these lads will pick it up and we will work together on it to get it right.

“These lads are at a level that they do not need to be told the extent of how poor that performance was against Westmeath.  We have to stay positive.

“This is the O’Byrne Cup and the National League is where we want our big performances to materialise and hopefully that will happen.”