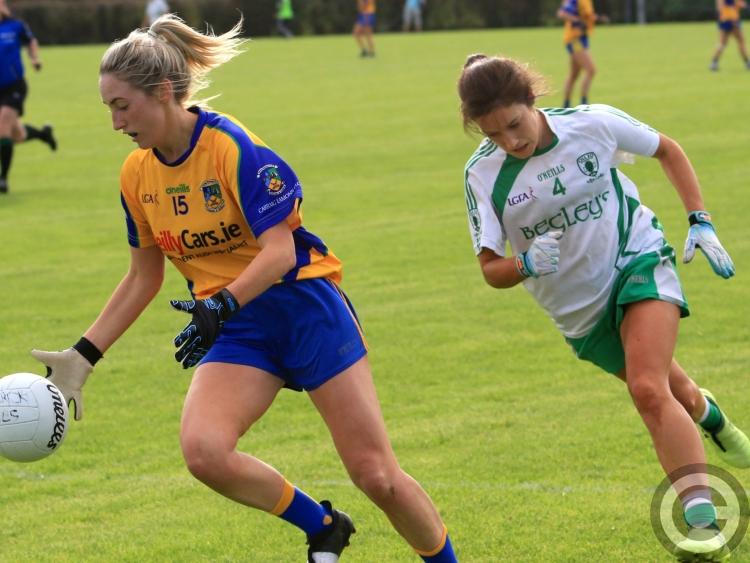 Sarah Shannon on the attack for Carrickedmond in breaking away from Killoe defender Laura Gallagher. Action from the Ladies SFC final at Devine Park on Saturday. Photo: Syl Healy

Carrickedmond produced an excellent display to capture the Ladies Senior Football Championship title for the first time in 31 years following their emphatic win over Killoe at Devine Park, Edgeworthstown on Saturday.

Sarah Shannon scored a hat-trick of goals while Lauren McGuire scored the other two. Appearing in their first county senior final since 1992 Carrickedmond were not fazed by the occasion, although they did find themselves trailing at the start but once they got into the game they were nearly always in control and led by 2-5 to 0-7 at the break.

Killoe fought hard to get back into contention and had the ball in the net twice but both goals were disallowed. They had chances to cut into Carrick’s lead in the second half but were wasteful in front of the posts.

Carrickedmond ended the game with a fifth goal when Sarah Shannon (who clocked up the most impressive total of 3-5) found the back of the net as the south Longford side claimed the Alison Smyth Cup in some style.